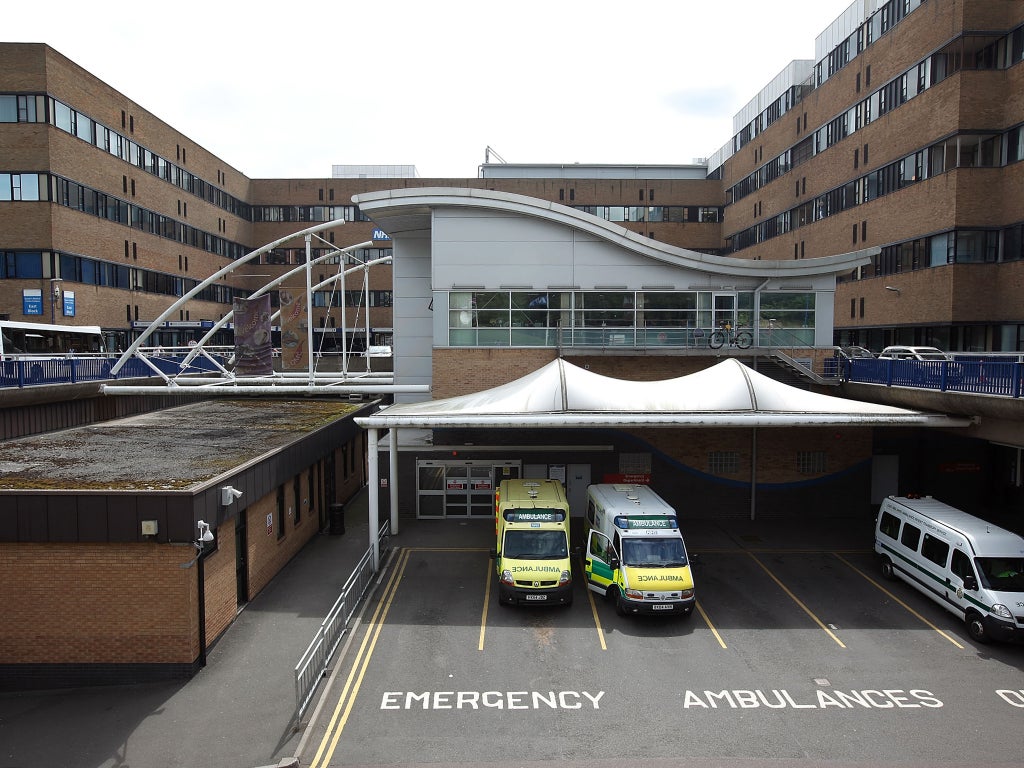 The NHS care watchdog is considering a criminal prosecution against Nottingham University Hospitals Trust over its failure to provide safe care to mothers and babies, it can be revealed.

The Care Quality Commission (CQC) has warned the Nottingham trust that it may bring a criminal case against it following the death of baby Wynter Andrews in September 2019.

It is also examining evidence of whether the trust may have committed a criminal offence in not being open and transparent with families after deaths and incidents of avoidable harm.

Wynter Andrews died after being starved of oxygen due to gross failings in care by maternity staff in 2019 which saw her delivered by caesarean section after long delays. A coroner ruled last year she would have survived if action had been taken sooner and criticised the “unsafe culture” at the trust.

Earlier this month East Kent Hospitals University Trust was fined a record £761,000 after a CQC prosecution following the avoidable death of baby Harry Richford in 2017.

The Independent and Channel 4 News on Wednesday revealed dozens of baby deaths at the Nottingham trust as a result of negligence over recent years, including 46 cases of babies being left permanently brain damaged due to delays and poor monitoring.

In a leaked message to staff on Thursday, the trust chief executive admitted it had not created an environment where staff could provide a safe experience for women and babies.

Now it has emerged local MPs in Nottingham tried to raise concerns about the trust’s maternity care with former health secretary Matt Hancock earlier this year but the minister, who resigned at the weekend after it emerged he had broken Covid rules while embracing an aide with whom he is having an affair, never replied.

When contacted by the parents of Wynter Andrews in 2020, whose inquest last year concluded she died as a result of neglect, Matt Hancock rebuffed their call for an independent inquiry into maternity. Wynter’s death sparked a CQC inspection of the trust, after which the maternity services were rated as inadequate.

Now families want to meet with new health secretary Sajid Javid in the hope he will order a review of maternity care at the trust.

More than 70 midwives and doctors have also been referred to their professional regulators in relation to poor maternity care. Since January 2015 the Nursing and Midwifery Council said it had 30 cases referred with seven open “fitness to practise” cases underway. It has had another 20 referrals from families in recent months which have yet to be verified.

The General Medical Council has had 21 doctors referred to it, with 12 cases in progress.

The CQC told The Independent: “We are currently in the process of making initial enquiries to establish whether there is reasonable suspicion that a criminal offence has been committed. Those enquiries are ongoing and we will report further as soon as we are able to do so.”

Sarah Andrews, Wynter’s mother, said: “We welcome a CQC prosecution. For us this has been quite a long road and it’s reassuring to know people are listening and they are taking it seriously and looking at what went wrong and ensuring there is some accountability.”

She said she wanted to meet with Mr Javid because Matt Hancock “did not consider the larger picture”, adding: “We would be more than happy to meet with the new health secretary. There needs to be an inquiry because there are so many families out there who may not even know there was a problem in their care. The trust can’t be relied on to be open and honest.”

The CQC also apologised on Thursday to the parents of Harriet Hawkins after failing to take action over her death in 2016 and claiming to be unaware of the case at the time. The CQC is required by law to bring prosecutions within three years, meaning the case has now expired.

Harriet’s father Jack said the “clock had been run down” by the trust which failed to declare Harriet’s stillbirth as a serious incident for 159 days, after which followed three separate investigations.

He said: “We have been let down by the CQC. The CQC says they were unaware of Harriet’s case. If they weren’t aware that’s incompetence when a full report was published about avoidable errors and if they were aware they are not being honest themselves now.”

He called on Mr Javid to meet with families and take concerns about the trust seriously.

Ted Baker, CQC’s chief inspector of hospitals, said Harriet’s death was not reported to the CQC by the Nottingham trust and its inspection team had now changed and the regulator has no records of any contact with the family.

He said: “We apologise for this and acknowledge that as a result the current team did not have the full details of Harriet’s case until their contact with the Hawkins family at the start of this year.”

He added: “We are reviewing the information the Hawkins family has shared as part of our ongoing monitoring of the trust’s compliance with the duty of candour and will take this information into account when considering any further regulatory action.”

Lilian Greenwood, MP for Nottingham South, told The Independent she had been working to help the Hawkins’ family since 2016. She said: “When I sat alongside Jack and Sarah and we met Nottingham University Hospital Trust’s then chief executive [Peter Homa], he promised us that they would learn lessons from Harriet’s death and do all they could to ensure that no other families faced the same horrific situation. I believed him.

“I was devastated when I read about Wynter Andrews’ death – there were such striking similarities with the Hawkins case, casting serious doubts on NUH’s ability to deliver safe maternity services. It was impossible to believe their latest promises to improve, knowing that I’d heard precisely the same promises four years earlier.”

She said MPs from across Nottinghamshire agreed to write to Mr Hancock to “seek an urgent meeting” but she added: “Almost six weeks later the health secretary had failed to even acknowledge our letter.

“We have many excellent staff at NUH and most patients experience high standards of care, but we cannot ignore these failures. We urgently need to understand what is happening at NUH to ensure mothers and babies get the safe care they need.”

Nottingham hospitals chief executive Tracy Taylor has apologised to families and said today: “We are working closely with the CQC and our health partners, and our teams are doing everything possible to make rapid improvements to maternity care and to learn the lessons from past failures.”

The Department of Health and Social Care was approached for comment.