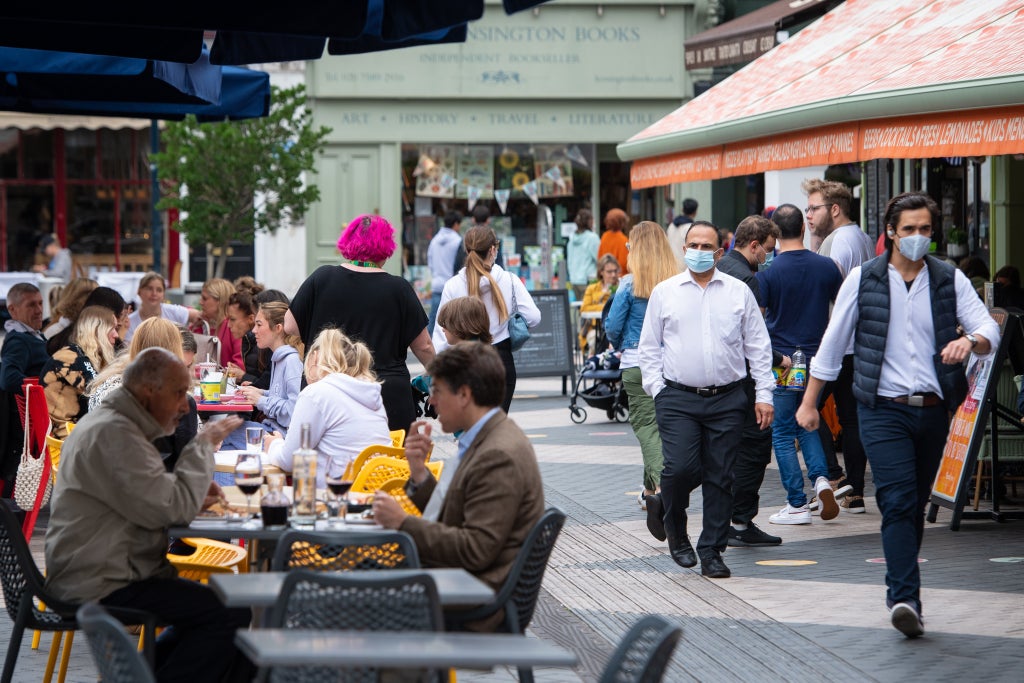 The UK should expand its official list of Covid-19 symptoms so that cases aren’t missed and those who come into contact with an infected person know they must self-isolate, senior scientists have said.

A high temperature, a new, continuous cough – and a loss or change to sense of smell or taste – are currently listed as the main symptoms of the virus in the UK, according to the NHS.

But experts are warning not everyone who gets infected with the disease displays these symptoms and that expanding the official list would improve the country’s response to the pandemic.

Professor Calum Semple, a member of the government‘s Sage committee of scientific advisers, is among the researchers calling for a change, saying that it would help to slow the spread of the virus

Writing an analysis piece for the British Medical Journal published on Thursday, the researchers say that to re-open society “with greater speed and fairness, control of transmission must improve.’

“This starts with an expanded and more context appropriate case definition and rests on adaptive, locally grounded, and information-led public health responses.”

They said the “narrow” case definition “limits” the early detection of contagious people, which restricts the efforts of the Test and Trace programme.

The scientists’ intervention comes as new Covid cases continue to rise and with less than three weeks to go until the final stage in the UK’s roadmap out of lockdown on 19 July.

Earlier this week, new health secretary Sajid Javid signalled that all remaining limits on social contact would be scrapped on this date, which some have dubbed as “freedom day”.

In their BMJ article, the researchers argue that the UK should follow other countries and include a broader range of symptoms that have been linked to a Covid-19 infection.

The US Centres for Disease Control lists 11 more symptoms than the UK, including muscle or body aches, sore throat and congestion or runny nose. The World Health Organisation includes nine more than the UK.

The most commonly reported symptoms by people taking part in the Office for National Statistics Covid-19 Infection Survey are cough, headache and fatigue.

A separate study – the Zoe Covid Symptom study – recently reported that a headache, sore throat and runny nose are now the most commonly reported symptoms.

“The UK’s decision to adopt a narrow case definition was based on ease of communication, avoiding confusion with other infections and preserving testing capacity. This situation is now different – testing capacity is high,” the authors of the BJM article added.

But they said communication with the public is key, given that only half can currently identify the classic symptoms.

They conclude: “Covid-19 is associated with a wide range of symptoms. Many patients do not experience the UK’s official case-defining symptoms, initially, or ever, and other symptoms often manifest earlier.

“Limiting the symptomatic testing to those with these official symptoms will miss or delay identification of many Covid-19 cases, hampering efforts to interrupt transmission

“Expanding the clinical case definition of Covid19, the criteria for self-isolation, and eligibility for symptomatic testing could improve the UK’s pandemic response.”

A spokesperson for the Department of Health and Social Care said: “Since the start of the pandemic we have acknowledged Covid-19 has a much longer list of symptoms than the ones initially used in the case definition and our experts keep the list of symptoms under review.

“Anyone experiencing the key symptoms – a high temperature, a new continuous cough, or a loss or change to sense of smell or taste – should get a PCR test as soon as possible and immediately self-isolate along with their household.”

The spokesperson added: “With around one in three people not showing symptoms of Covid-19, we have made regular, rapid testing available twice a week for free for everyone in England.

“Over 100 million LFDs (lateral flow device tests) have been carried out so far, with over 200,000 cases identified that would not have been detected otherwise.”

On Monday, the UK recorded 26,068 new Covid cases in the previous 24 hours – the highest number since 29 January.