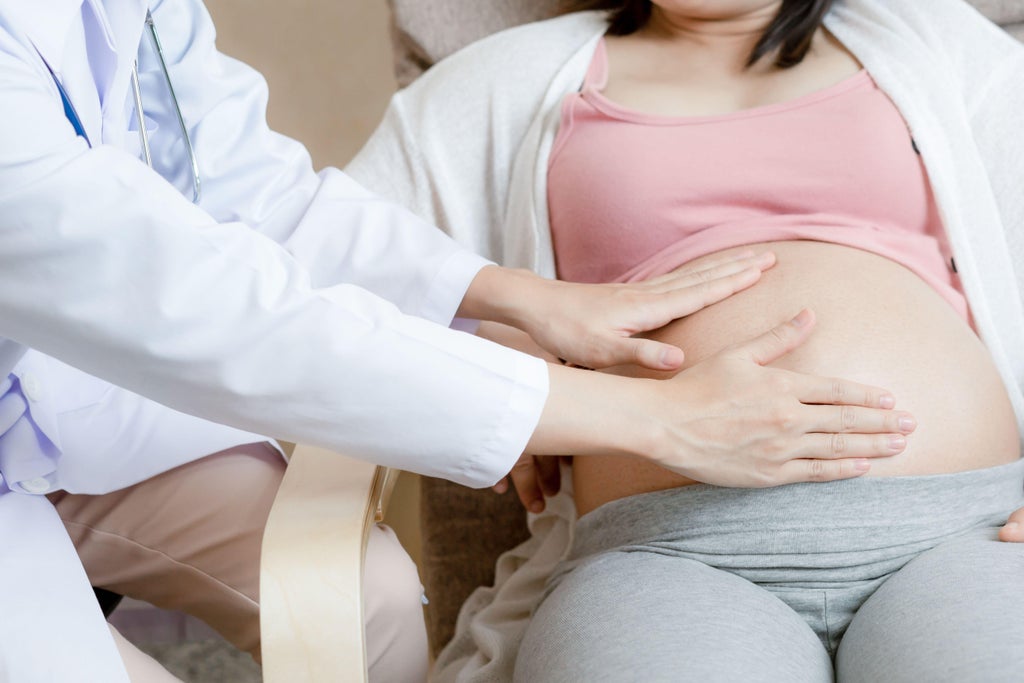 Strict rules forcing pregnant women to give birth and attend scans alone in the pandemic triggered widespread distress and anxiety, a new report has found.

The research, conducted by the British Pregnancy Advisory Service (BPAS), discovered almost a quarter of pregnant women and new mothers felt remote healthcare appointments via phone or video did not meet their requirements at all.

Seven in ten new mothers on postnatal wards said they felt lonely, while almost half reported being very unhappy and almost six in ten felt they needed their visitors to deliver practical help healthcare staff were not providing.

Women polled for the latest research reported feeling “abandoned”, “deeply anxious and traumatised” as well as warning “the system has completely failed” them.

Researchers, who polled over 500 women who experienced maternity care in the pandemic, discovered women with complex or high-risk pregnancies were fearful changes in their baby’s health could be missed because of reduced antenatal and postnatal checks.

“Having my 20-week scan alone, being told there was a problem with the baby was awful,” one woman said. “Communication was poor with the sonographer and the consultant, and I was extremely distressed after two miscarriages in the past. Then having to relay the information to my partner whilst sobbing on the phone. Every appointment since had been awfully distressing.”

Women reported going to emergency antenatal care alone is especially distressing – with expectant mothers forced to go into hospitals without a partner when bleeding or being in other scenarios where there is chance of them being told their baby had died.

“I was told at a routine 12-week scan that I’d had a missed miscarriage,” a woman said. “I was on my own and my partner was in the car. I had to go through a very difficult scan alone and then also had to relay that information to my husband. It made an already difficult situation much more challenging.”

Another added: “It was awful to be alone after giving birth. I had my twins 12 weeks early via emergency C-section and then my partner had to go home and I was left in a side room, with no husband and no babies.”

The Independent has frequently reported on how the Covid-19 emergency has resulted in women giving birth alone without a partner as well as having pregnancy plans changed at the eleventh hour.

Rebecca Blaylock, who was one of the BPAS study’s authors, said: “We have seen time and again how the Covid-19 pandemic has reinforced existing inequalities in our society, and sadly we have found the same to be the case within maternity care.

“On the whole, partners were not permitted to attend NHS scan appointments, but those who could afford to pay for private scans were able to access a service where their partners were welcomed.

“Similarly, those who were able to pay for the enormous expense of an independent midwife were able to continue with their plans for homebirth. This is not right or fair – having your partner with you during your pregnancy should not be a luxury afforded to the rich.”

Julia Sanders, professor of clinical nursing and midwifery at Cardiff University, which was involved in the research, added: “The continuation of visitor restrictions in maternity clinics and wards, beyond those in place outside of hospitals, is unkind, illogical and now unjustified.”

Maria Booker, of leading pregnancy charity Birthrights, noted some maternity services in the UK are still only permitting women’s partners on the postnatal ward for an hour or two each day.

She added: “These maternity services have it on their consciences that they are actively causing harm to those using their services.”

The report comes at the same time as new research finds some 16,000 pregnant women and new mothers missed out on critical mental health support in the public health crisis.

While 47,000 were expected to access maternity mental health services in 2020/21, the latest statistics for 2020 year shows only 31,261 were able to seek help with issues such as anxiety, depression, post-traumatic stress disorder and suicidal thoughts while pregnant or early into their motherhood.

The Royal College of Psychiatrists, which released the findings, warned there is currently a postcode lottery in England which is placing the mental health of pregnant women and new mothers at risk due to the dearth of support available.

Up to one in five women grapple with mental health issues while pregnant or after giving birth.

Dr Trudi Seneviratne, who works in maternity mental health, said: “Many women can develop mental health problems for the first time during pregnancy and after birth, or are at risk of pre-existing illnesses made worse if they don’t get the right support in time.

“Funding for mental health facilities is long overdue but is more urgent in the face of the Covid-19 pandemic.”