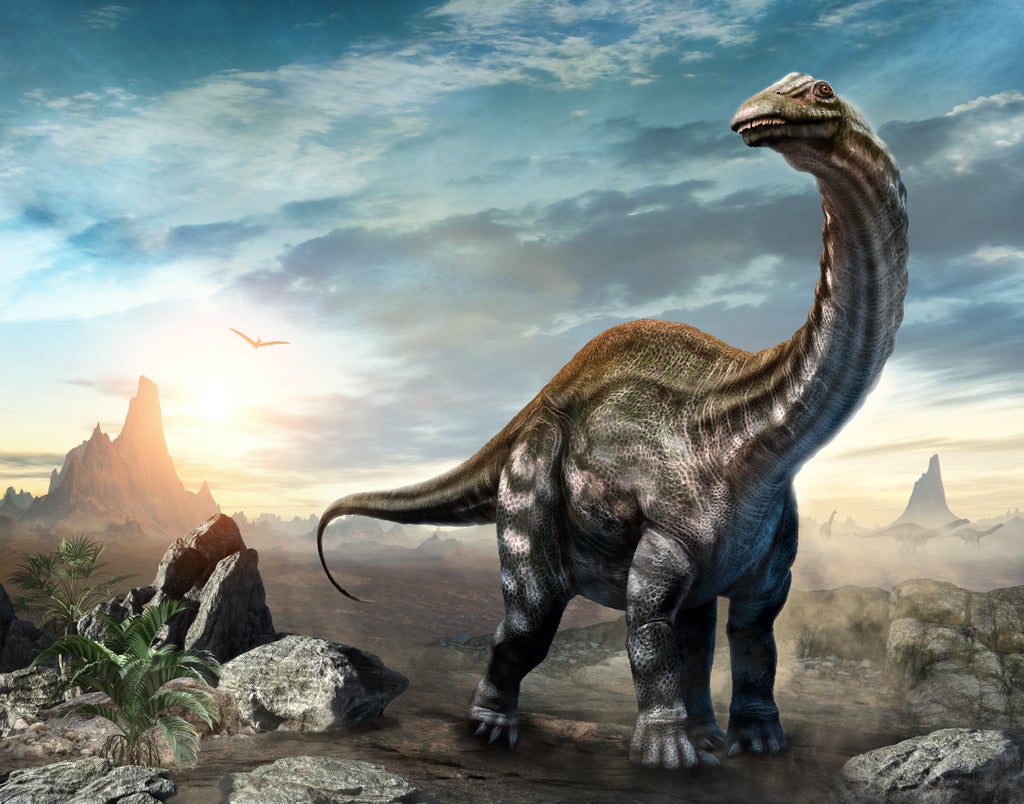 Climate change pushed dinosaurs into a period of decline 10 million years before the 12-km-wide asteroid which brought about their extinction fell to Earth, a new study claims.

While paleontologists have been in agreement for some time about the cause of dinosaurs’ eventual demise, until now experts have been divided on whether the reptilian group were thriving or struggling before the sudden end of the Mesozoic Era 66 million years ago.

Now, an international team of scientists including experts from the University of Bristol have declared that dinosaurs experienced a sudden downturn 76 million years ago, when rates of extinction began to rise.

They pinned this to a period of global cooling on Earth when the mean temperature fell by 7C, putting dinosaurs which favoured warmer temperatures at a disadvantage.

Researchers found that plant-eating species tended to disappear first, which in turn made ecosystems unstable and put other dinosaur families at risk of collapse.

Professor Mike Benton from the University of Bristol’s School of Earth Sciences, one of the study’s co-authors, said: “In the analyses, we explored different kinds of possible causes of the dinosaur decline.

“It became clear that there were two main factors, first that overall climates were becoming cooler, and this made life harder for the dinosaurs which likely relied on warm temperatures.

“Then, the loss of herbivores made the ecosystems unstable and prone to extinction cascade. We also found that the longer-lived dinosaur species were more liable to extinction, perhaps reflecting that they could not adapt to the new conditions on Earth.”

Fabien Condamine, lead author from France’s Institut des Sciences de l’Evolution de Montpellier, said: “We looked at the six most abundant dinosaur families through the whole of the Cretaceous, spanning from 150 to 66 million years ago, and found that they were all evolving and expanding and clearly being successful.

“Then, 76 million years ago, they show a sudden downturn. Their rates of extinction rose and in some cases the rate of origin of new species dropped off.

“This was a key moment in the evolution of life. The world had been dominated by dinosaurs for over 160 million years, and as they declined other groups began their rise to dominance, including the mammals.

“The dinosaurs were mostly so huge they probably hardly knew that the furry little mammals were there in the undergrowth.

“But the mammals began to increase in numbers of species before the dinosaurs had gone, and then after the impact they had their chance to build new kinds of ecosystems which we see today.”

Researchers accounted for paleontological uncertainties including incomplete fossil records and age-dating discrepancies by running modelling software millions of times before agreeing on the most probable date of decline.

Phil Currie, a co-author of the study, from the University of Edmonton, in Alberta, Canada, said: ”We used over 1,600 carefully checked records of dinosaurs through the Cretaceous.

“I have been collecting dinosaurs in North America, Mongolia, China, and other areas for some time, and I have seen huge improvements in our knowledge of the ages of the dinosaur-bearing rock formations.

“This means that the data are getting better all the time. The decline in dinosaurs in their last 10 million years makes sense, and indeed this is the best-sampled part of their fossil record as our study shows.”

The findings were published in the journal, Nature Communications.