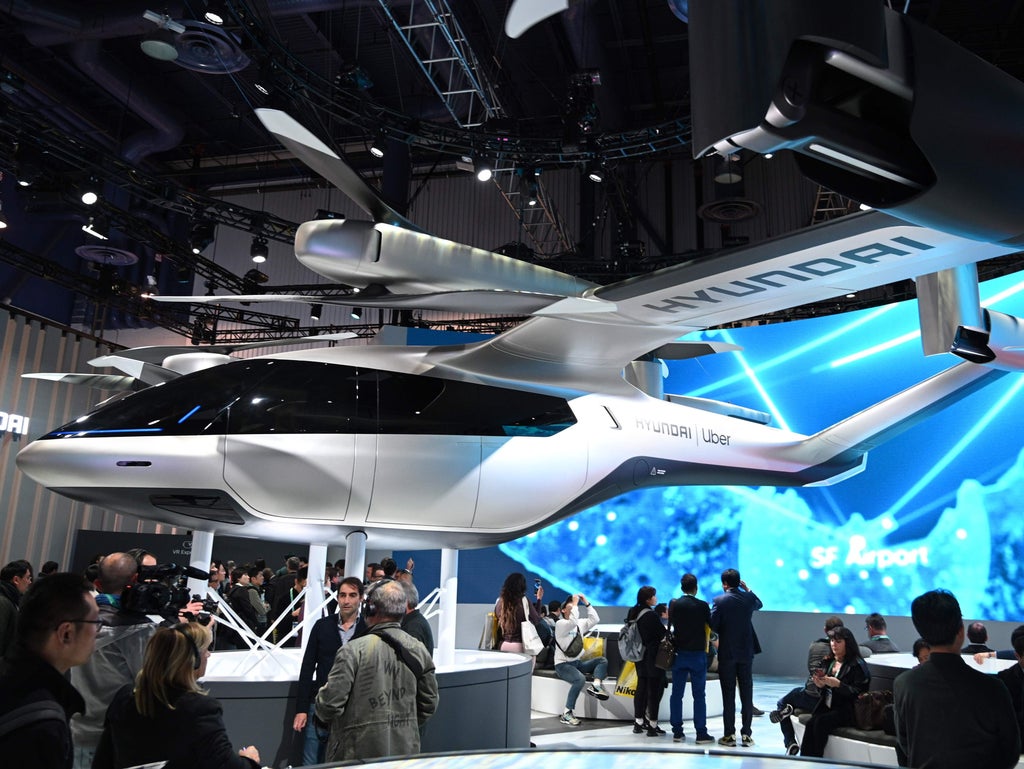 Flying cars will be a reality in cities by the end of the decade, a Hyundai boss has insisted.

Michael Cole, president and chief executive of the South Korean car maker’s European operations, said the technology – hoped to cut congestion and emissions – “really is part of the future”.

Speaking at a conference organised by the Society of Motor Manufacturers and Traders, Mr Cole said: “There’s some time before we can really get this off the ground.

“But we think that by the latter part of this decade certainly, urban air mobility will offer great opportunity to free up congestion in cities, to help with emissions, whether that’s intra-city mobility in the air or whether it’s even between cities.”

Hyundai unveiled a prototype of an electric vertical take-off and landing aircraft at the CES technology show in Las Vegas in January 2020.

Mr Cole added: “It’s something that we’re making some very significant investments in now, and we believe it really is part of the future.

“If you’d asked me a few years ago were flying cars something that I would see in my lifetime, I wouldn’t have believed it.

“But it’s part of our future solution of offering innovative, smart mobility solutions.”

It was announced in January that the world’s first fully operational airport for flying cars and delivery drones would open in Coventry later this year.

The zero-emission site, called Air One, received a £1.2m government grant which has since been matched by Hyundai.

Situated near the city’s Richoh Arena, the site’s opening will coincide with celebrations marking Coventry as the UK City of Culture 2021.

Urban-Air Port, a London-based “infrastructure-as-a-service” start-up, is developing the hub alongside car giant Hyundai to exhibit how flying cars and cargo drones may one day be used to transport people and goods in urban environments.

When the site opens in November, visitors will be able to see British-developed large cargo drones trialled but not any passenger flights.

Air One will, however, show onlookers its passenger-processing abilities, including the check-in area, lounge and boarding preparations it plans to house.