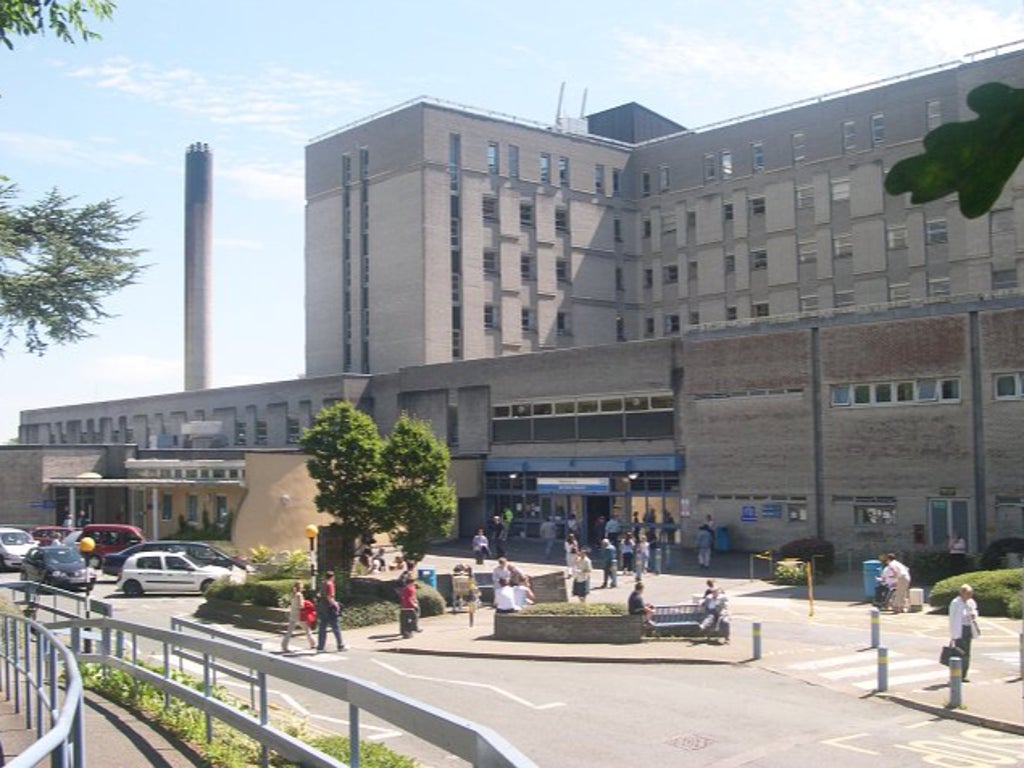 Another hospital in England has been forced to declare a “black alert” after more than 300 patients descended on its Emergency Department (ED), allegedly causing wait times of up to seven hours.

An email sent to staff at Derriford Hospital, in Plymouth, this morning warned that Tuesday had been a “busy evening, with 305 attendances and 109 ambulances in ED yesterday”.

The internal message, seen by The Independent, said the hospital was operating above its capacity – at “101.5 per cent occupancy in medicine, and 96 per cent overall” – meaning there were not enough beds on wards to admit some A&E patients to.

Barnsley Hospital issued the same black alert – officially called OPEL-4 – on Tuesday due to hundreds of people flooding its A&E department, leaving 15 without a bed.

OPEL-4 status – referring to “operational pressures escalation level” – is the highest and is only issued when a hospital is “struggling or unable to deliver comprehensive care” and patient safety is at risk.

A source has informed The Independent that Derriford, which sits under the University Hospitals Plymouth NHS Trust, has in fact been under OPEL-4 “for about a month”.

“Currently there is a seven hour wait to be seen in the ED,” they added. “It’s Wednesday morning and supposed to be the least-busiest part of the week.”

It is not yet clear whether the spike in Derriford’s admissions is related to an increase of Covid-19 cases or general A&E sickness. In Barnsley’s ED yesterday, sources said it was the latter.

The Independent revealed over the weekend that hospital emergency departments across the UK have been experiencing record numbers of patients – even surpassing the worst days of winter 2019, the last winter crisis in the NHS before the coronavirus pandemic hit Britain.

A&E doctors from across the country spoke out, revealing that in some units patients are waiting as long as nine hours to be seen, with overall numbers up 50 per cent compared with pre-Covid levels.

Such an increase is putting extra pressure on hospital beds, which have already been reduced to try and limit the spread of coronavirus within hospitals, and ambulance services have also reported a rise in emergency calls.

At least 30 hospitals across England have seen record levels of patients this month, stretching from Plymouth and Exeter in the south to hospitals in Middlesbrough, Manchester and elsewhere in the north of England.

Later on Wednesday, The Independent saw another internal message to staff, this time within the Nottingham University Hospitals Trust.

It told a similar story, that Nottingham’s Queen’s Medical Centre hospital was under pressure due to an increase of patients in A&E, but added staff on medical wards were being asked to try and discharge patients where possible to free up beds.

The trust remains on OPEL-3 today, one step below a black alert, but there is reported concern it could end up having to declare an alert itself due to overrun emergency departments.

Saffron Cordery, the deputy chief executive of NHS Providers, also revealed on Wednesday the number of patients in hospital on ventilation beds has gone up by 41 per cent in the last week.

“Trusts on the front line are really coming under huge pressure … they have plans in place to tackle the backlog, but with more Covid cases and demand for emergency care going up, that’s really challenging,” she told BBC Breakfast.

“I think we need to look at this sudden rise in the demand for emergency care as well, so you know we are seeing record levels of demand for that kind of care.”

“We support NHS Providers and … particularly welcome [its] call for action ahead of winter and the likely increase of pressures that covid, flu and respiratory illnesses will bring, in tandem with the urgent tackling of elective care,” Dr Adrian Boyle said.

“We welcome the recognition from NHS Providers of this threat ahead, now we wait for the urgent action and leadership from government that is desperately needed.”

A spokesperson for the University Hospitals Plymouth Trust said: “Plymouth Hospitals have tried and tested methods to ensure patients get the care they need during busy periods and patients can access services by calling 111 for non-emergency support.”