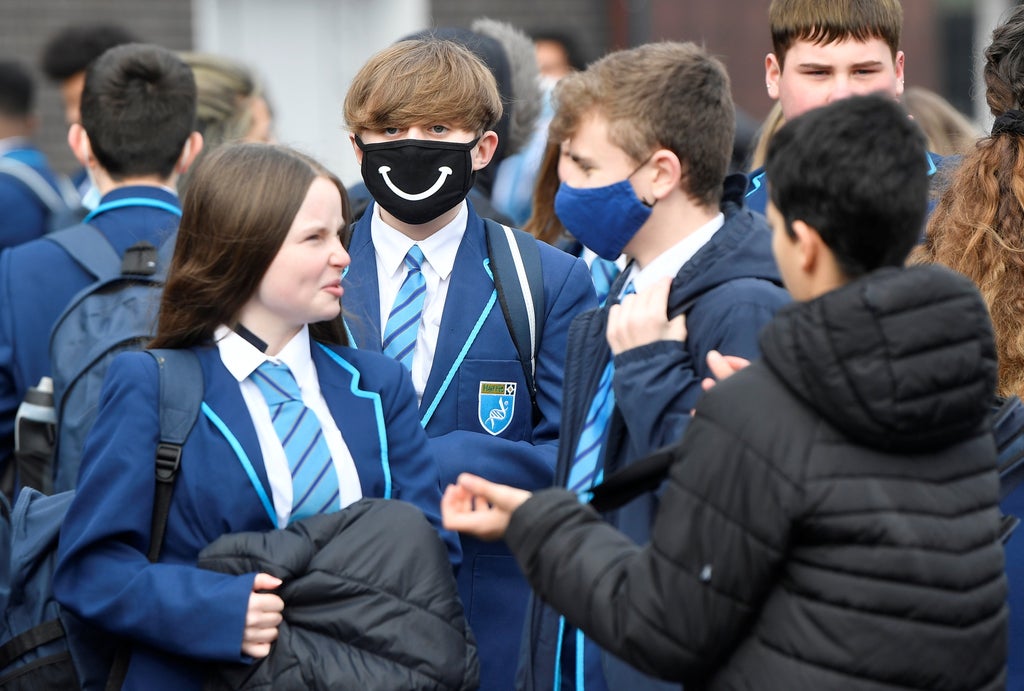 School pupils will no longer have to automatically isolate after contact with a positive Covid case under new rules to come into force from September, it was reported last night.

Ministers plan to change existing rules under which children are forced to quarantine at home if anyone in their group tests positive.

A quarter of a million children missed school in a single week this month because of either Covid-19 infection, self-isolation or school closures.

A new system that aims to keep pupils in school as much as possible will be in place when England’s new school year begins in September, The Guardian reported.

There was no immediate confirmation available from the Department for Education.

Separately, teachers are being warned to prepared for the return of on-site Covid testing in the new school year — a source of concern for teaching unions.

New guidelines on Covid-19 testing were published by the government on Monday.

Paul Whiteman, general secretary of school leaders’ union NAHT, said: “Once again secondary schools are being put on standby to set up what are effectively fully-fledged COVID testing centres. The government must not underestimate the scale of this task and the likely disruption for pupils as they return in September.

“At the very least, what we need to see this time round is schools being given the proper support they need and an acceptance that this will take some time to work through.

“It is becoming increasingly clear that there is a strong chance it will not be ‘business as usual’ for schools next term and the government will need to take into account the additional pressures they will be having to deal with.”