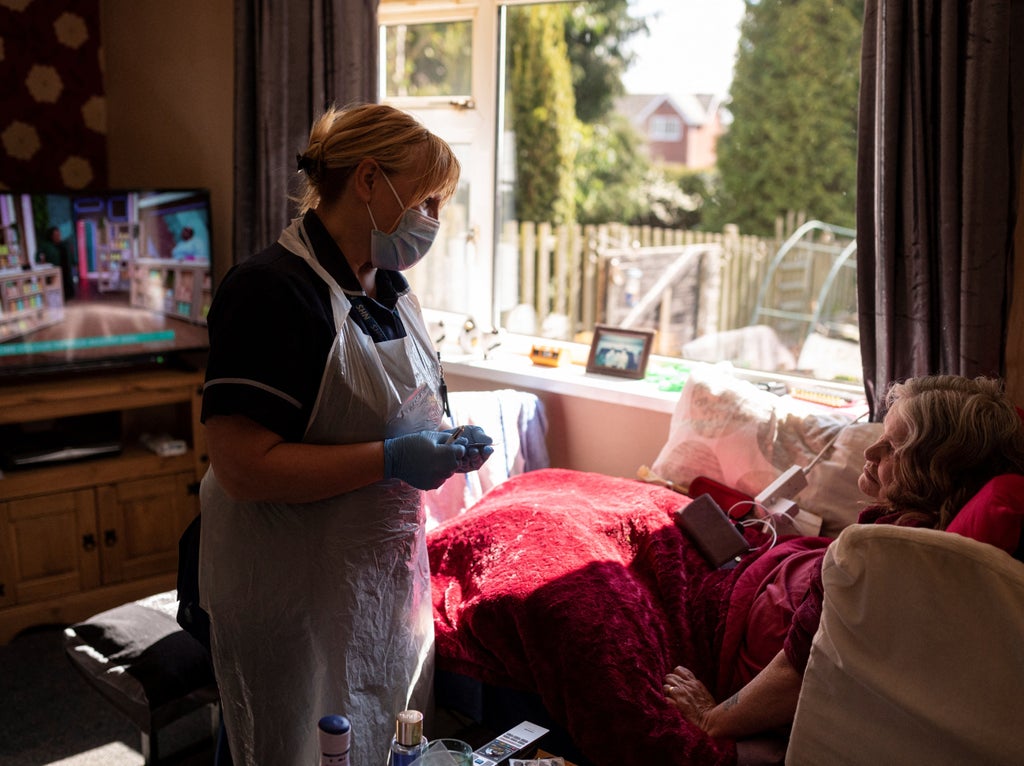 Almost 40 per cent of people with Covid-19 go on to experience persistent symptoms for 12 weeks or more, a new study has shown, as one expert warned that a “small minority” of sufferers may struggle with health issues relating to the disease for years.

Researchers at Imperial College London said the prevalence of long-lasting symptoms was higher in women than men and that the risk increased with age.

As part of Imperial’s React-2 study, 508,707 people in England were asked whether they have had Covid-19 at any stage of the pandemic. Volunteers also answered questions on the duration of 29 different symptoms linked to their experience of Covid.

The results found that 76,155 people had symptomatic Covid between the start of the pandemic and February 2021. Of these, 28,713 – or 37.7 per cent – experienced at least one symptom for 12 weeks or more. When weighted to the overall population of England, this translates to two million people. Some 11,241 of study participants – 14.8 per cent – had at least three symptoms over the same period.

Although for most people with Covid-19 there was a rapid drop-off in symptoms by four weeks, and then a further but smaller decrease by three months, for those individuals who reported complications beyond this time frame there was “little evidence of further decline … up to 22 weeks for both men and women”.

Helen Ward, a professor of public health at Imperial who helped oversee the research, which has yet to be peer-reviewed, said: “We don’t know how long it might last as we haven’t been here before.

“For some people, I imagine a small minority, this is likely to turn into something over the years.”

Professor Paul Elliott, director of the React programme, said he expects some individuals to experience “very long-term consequences of infection. But what we don’t know is what the numbers will be.”

“There are certainly people who have got organ damage. They will continue to have the consequences of that – for example, lung fibrosis.”

However, Prof Elliott said “most people” do get better between four and 12 weeks.

Obesity, smoking or vaping, hospitalisation, and deprivation were meanwhile associated with a higher probability of persistent symptoms, the study found, while those of Asian ethnicity were less likely to deal with long-term issues.

The researchers also identified two “stable” clusters of participants based on their symptoms. Individuals with predominantly respiratory-related symptoms comprised a relatively small proportion of respondents. Instead, in the largest cluster, fewer organ-specific symptoms predominated, specifically fatigue.

The Imperial team acknowledged that the study’s estimate of 37.7 per cent was high compared to other research. At the low-end, one paper found that 2.3 per cent of people with Covid-19 still reported symptoms at 12 weeks, while a recent analysis from the Office for National Statistics said 13.7 per cent of people were still symptomatic after 84 days.

The researchers said “our comparatively high estimate … may partly reflect the large list of symptoms we surveyed, many of which are common and not specific to Covid-19.”

However, Prof Elliott said the survey also had a “cut down set of symptoms” which were specific to people who had tested positive for Covid with a PCR test. Even among this sub-group, a similar estimate of people (32.7 per cent) reported persistent symptoms at 12 weeks. This “gave us some assurance that we’re looking at something specific to this illness,” said Prof Elliott.

He added that “there’s an awful to learn” about the pathology of long Covid and why the body is affected in so many different ways after the initial infection.

“I think we’re very early on in our understanding of what makes up this umbrella term of persistent symptoms and so-called long Covid.”