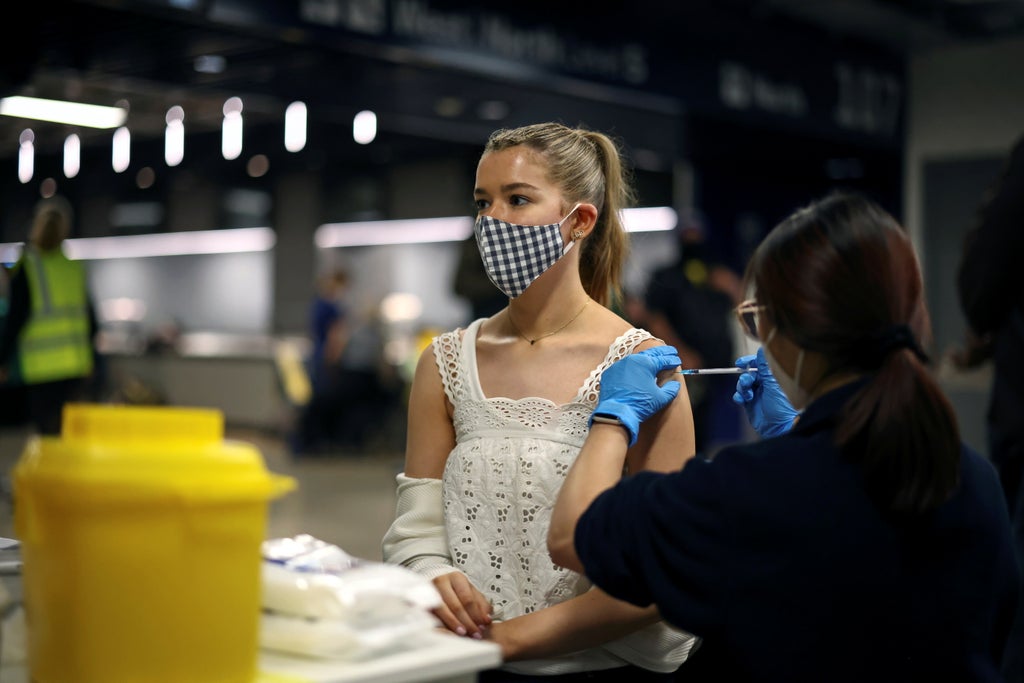 Covid-19 vaccines made by Pfizer-BioNTech and Moderna produce a strong immune reaction in the body that may protect against the virus for years, according to a new study.

The latest findings add to growing evidence suggesting that many people who have received a messenger RNA (mRNA) vaccine may not need a booster dose – as long as the virus and its variants do not evolve much beyond their current forms.

The peer-reviewed study, published in the science journal Nature, found both vaccines are likely to offer long-lasting protection against Covid-19.

Dr Ali Ellebedy, an immunologist at Washington University in St. Louis and lead author of the study, said the findings were a “good sign for how durable our immunity is from this vaccine”.

The study did not consider the vaccine made by Johnson & Johnson, but Dr Ellebedy told the New York Times that he expected the immune response to be less durable.

A previous study by Dr Ellebedy and his team found that people who have recovered from Covid-19 may also not need boosters. Based on those findings, the scientists said immunity from Covid-19 could last for years – possibly even a lifetime – in people who had been infected and later vaccinated.

To investigate whether vaccination alone could have a similarly long-lasting effect, the team looked at the lymph nodes, where immune cells train to recognise and fight the virus.

They discovered that nearly four months after the first dose of either the Pfizer or Moderna vaccine, the body’s lymph nodes still showed high levels of germinal centre B cells indicating long-lasting protection from the virus.

“Usually by four to six weeks, there’s not much left,” Deepta Bhattacharya, an immunologist at the University of Arizona, told NYT. But germinal centres stimulated by the mRNA vaccines are “still going, months into it, and not a lot of decline in most people.”

The study’s findings suggest that a vast majority of vaccinated people will be protected over the long term from existing coronavirus variants.

But for more vulnerable people, such as older adults, people with weaker immune systems and people who take immunosuppressant drugs may need boosters.

A separate study has shown that a third dose of the Oxford-AstraZeneca vaccine induces a “strong” immune boost against Covid-19 and its different variants.

The administration of a third jab more than six months after the second shot raises the number of antibodies within the blood back to the same levels seen in the wake of double-dose vaccination.

Scientists also recorded an increase in antibodies capable of neutralising the Alpha, Beta and Delta variants – the latter two of which are known to be capable of partially escaping the vaccine response.

Despite the findings, Professor Teresa Lambe, the senior author of the study, said “it is not known if booster jabs will be needed”.