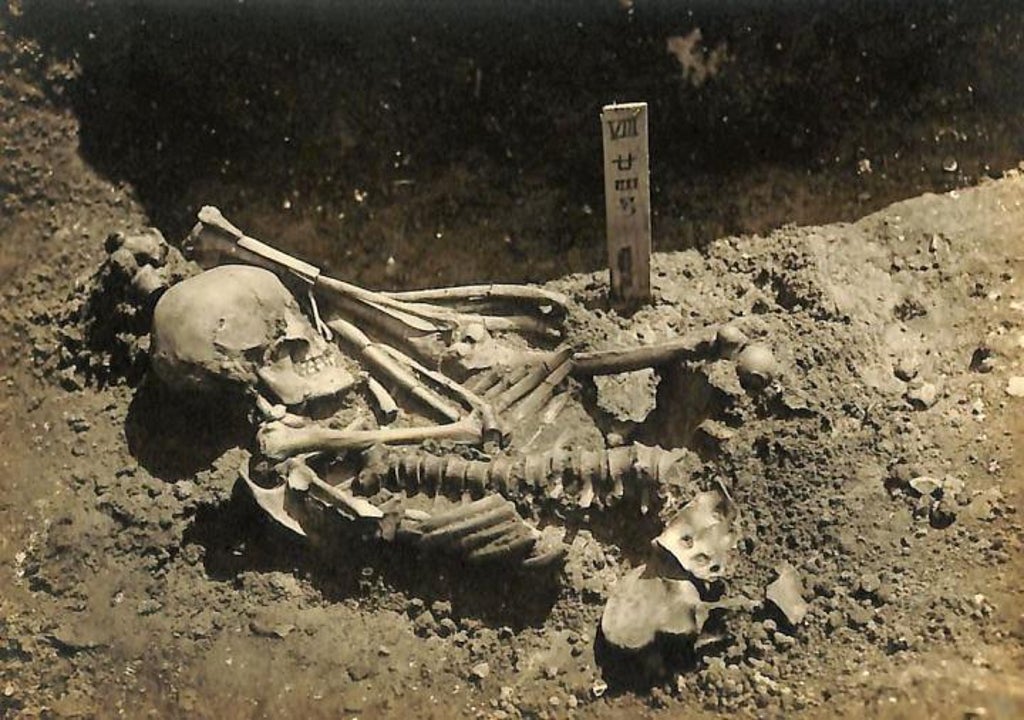 A man who died 3000 years ago – likely between 1370 to 1010 BC – is the oldest known victim of a shark attack, according to a new study which analysed his archaeological remains in the Seto Inland Sea of the Japanese archipelago.

Using a combination of archaeological science and forensic techniques, the international group of researchers, including a team from the University of Oxford, carefully recreated what happened during this shark encounter.

In the research, published in the Journal of Archeological Science: Reports, the scientists mapped the injuries found on the remains onto a 3D model of the human skeleton to assist visualisation and analysis.

They found close to 800 wounds with patterns indicating that the victim was most likely alive at the time of attack, and was not scavenged after death.

“The victim has at least 790 perimortem traumatic lesions characteristic of a shark attack, including deep, incised bone gouges, punctures, cuts with overlapping striations and perimortem blunt force fractures,” the researchers wrote in the study.

On analysing the injuries, which were “mainly confined to the arms, legs, and front of the chest and abdomen,” the scientists said they could rule out human conflict, and more commonly-reported causes like animal predators or scavengers via a process of elimination.

“The distribution of wounds strongly suggest the victim was alive at the time of attack – his left hand was sheared off, possibly a defence wound,” they said in a statement.

The initial discovery of the remains was made when the scientists were investigating evidence for violent trauma on the skeletal remains of prehistoric hunter-gatherers at Kyoto University.

They found this adult male – dubbed Tsukumo No24 – riddled with traumatic injuries with evidence indicating his body had been recovered soon after the shark attack and buried with his people at the cemetery.

“Shortly after the attack most, though not all, of his body was recovered and buried in the Tsukumo cemetery,” the study noted.

Based on the excavation records, the scientists say he was missing his right leg, and his left leg was placed on top of his body in an inverted position.

“We were initially flummoxed by what could have caused at least 790 deep, serrated injuries to this man. There were so many injuries and yet he was buried in the community burial ground, the Tsukumo Shell-mound cemetery site,” University of Oxford scientists, J Alyssa White and Professor Rick Schulting, said in a statement.

The Oxford scientists believe the man may have been fishing with companions at the time of the attack.

Based on the character and distribution of the tooth marks, they believe the most likely species responsible was either a tiger or white shark.

“This find not only provides a new perspective on ancient Japan, but is also a rare example of archaeologists being able to reconstruct a dramatic episode in the life of a prehistoric community,” study co-author Mark Hudson from Max Planck Institute in Germany added.