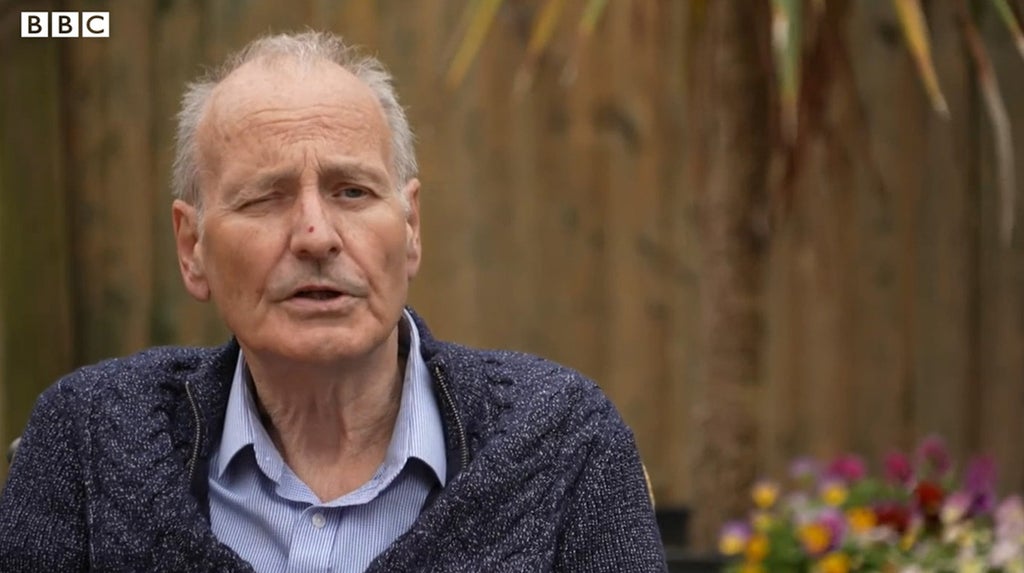 A Bristol man tested positive for Covid-19 for 305 days in the longest recorded case of the virus.

The man, named as 72-year-old retired diving instructor Dave Smith, said his wife planned his funeral five times as he fought the disease for than 10 months but has since recovered.

Mr Smith has a history of a hypersensitivity pneumonitis — a condition that caused the inflammation of his lung tissue. He also had chronic lymphocytic leukaemia, a slow-progressing cancer that affects the body’s white blood cells, thereby compromising the body’s ability to fight infections.

A study that reported on Mr Smith’s case took interest in him not just because of the length of his infection, but because of his underlying conditions and their impact on the virus.

It describes Mr Smith as “immunocompromised and hypogammaglobulinaemic” patient who was “persistently infected” with Covid-19 “for over 290 days, the longest persistent infection recorded in the literature to date”.

It details the treatment that Mr Smith received — from testing positive in May 2020, to seven hospitalisations, and ultimately to his successful treatment in early 2021 which led to him finally testing negative.

After seven months of positive tests, doctors tried to treat Mr Smith with remdesivir, one of the drugs that had been used on former US president Donald Trump, when he was being treated for Covid-19. Unfortunately, it did not reduce Mr Smith’s viral load, and had no effect on his infection.

But more than a month later, on day 265, he was treated with casirivimab and imdevimab — laboratory engineered antibodies that target different coronavirus spike proteins — which led to a resolution of all of his symptoms.

It took around eight weeks for the antibodies to take their full effect, but by day 311, the virus was no longer detectable by PCR test.

When Mr Smith received his negative PCR test, he celebrated with his wife with champagne, and called everyone they knew, he told The Guardian.

“We opened a bottle of champagne that we had in the cupboard … and drank the whole thing between us. Then we rang everybody up saying ‘I’m negative, I’m negative.’”

The successful treatment that Mr Smith received was developed by Regeneron a pharmaceutical firm. This treatment was also included in the drug-cocktail that president Trump received.

The combination of laboratory engineered antibodies is currently authorised for use in the USA and EU, and evidence from a clinical trial has demonstrated that their effectiveness in saving the lives of some of the sickest Covid patients, but the treatment has not yet been approved for use in the UK.

Mr Smith was granted access to the drug through a “compassionate use” programme, as no other suitable method existed to treat his ongoing Covid infection.

“Whenever I went bad, I went really bad — down to death’s door. My wife started to arrange a funeral five times,” he said.

“At one point I was bedridden for two or three months. My wife had to wash and shave me in bed because I just couldn’t stand up.

Adding: “Sometimes I thought, I wish they’d take me in the middle of the night, because I just can’t go on anymore. You get to the point where you are more afraid of living than dying”.

The research surrounding Mr Smith’s case will be presented to the European Congress of Clinical Microbiology & Infectious Diseases in July.

Monitoring and responding to cases like Mr Smith’s is a matter of public health, experts say, not only for the wellbeing of chronically immunocompromised patients, but also because of the rate at which the virus can evolve within these patients, developing mutations that are present in variants of concern.

The study included details of how the virus evolved within Mr Smith over the ten months, acquiring mutations that are present within a number of the current variants of concern.

“This case demonstrates the potential chronicity of Covid-19 infection in immunocompromised individuals,” the authors wrote.

They added: “Treatment options are urgently needed both for the care of individual patients but also for public health given the likelihood of the emergence of vaccine resistant variants in such clinical settings”.

De Andrew Davidson, a virologist in Bristol’s School of Cellular and Molecular Medicine and co-author of the study said: “There are increasing reports of immunocompromised people who are repeatedly infected with Sars-CoV-2 for longer than six months.

“As the virus can evolve in this group, and develop mutations that are present in emerging VOCs (variants of concern), it is key that we monitor the evolution of the virus in these individuals and effective treatment options are available to eliminate the virus.”

Co-author and consultant in infectious diseases at North Bristol NHS Trust, Dr Ed Moran said: “It is wonderful that we were able to help this individual.

“Whilst such cases are rare there will be a number of people across the country in similar situations.

“The small numbers make it difficult to perform trials of experimental therapies. However, it is important that we find a way to access and develop treatment regimens for these individuals both for the wellbeing of the individual and to protect public health.”

Mr Smith reported having had symptoms for six weeks before his first PCR test, prompting academics to believe that his infection was actually longer than what has been recorded — he likely had Covid for almost a year.

He has since been spending his time holidaying in Cornwall, shopping on Oxford Street, and teaching his granddaughter how to dive.