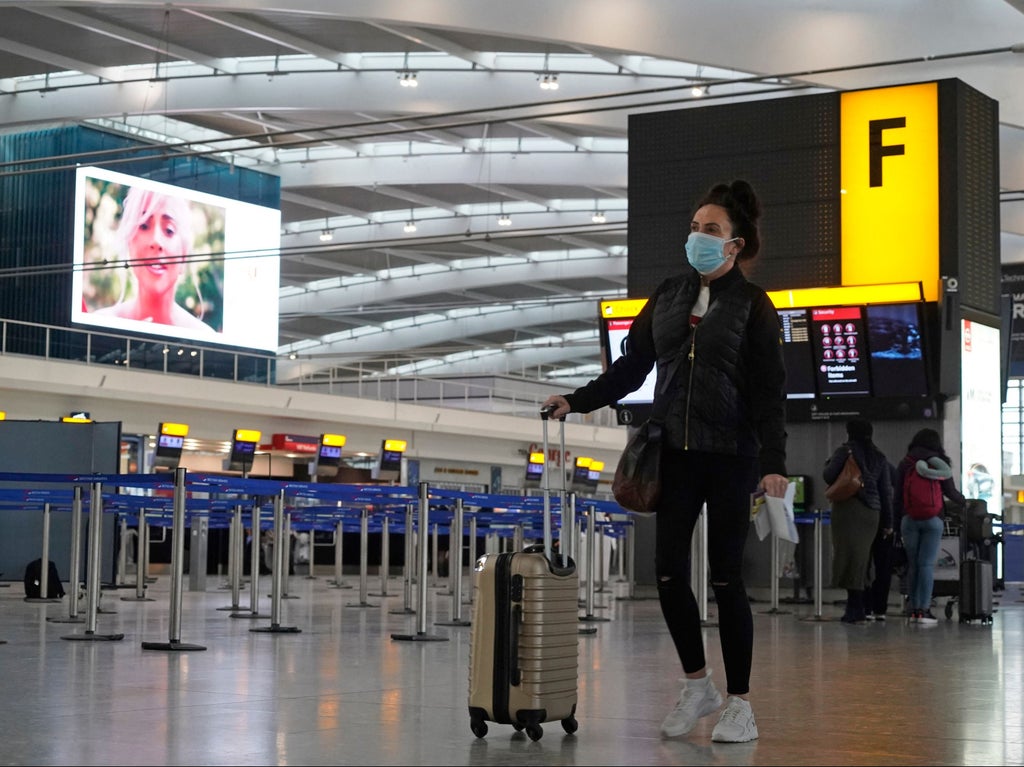 The government should have tried to improve the testing system for international travel instead of “abandoning it entirely”, a government scientific adviser has said.

Professor Stephen Reicher, a member of the Scientific Pandemic Insights Group on Behaviours, described the current system around PCR travel tests as “dysfunctional” with “all the different companies charging absurd rates and not providing a service”.

From Monday 4 October, people who have been double-jabbed will no longer need to take a pre-departure test when travelling to England under the government’s shake-up of rules for international travel.

And later in October, fully vaccinated travellers – from the UK as well as from a host of countries including Japan and Singapore – will be able to replace their day two PCR test with a cheaper lateral flow test on arrival in England.

Prof Reicher insisted PCR tests were necessary and “very, very valuable” in finding asymptomatic cases. Speaking to Sky News on Sunday, he said: “I do think we need PCR tests, because everybody always said that lateral flow tests were never what were called greenlight tests – tests to say you’re safe and therefore you can act as if you don’t have the virus.

“What they do is they pick up asymptomatic cases and are very, very valuable in that regard. But I think it would have been far preferable to keep PCR tests but to improve the system and to do them through the NHS.

“I think it (the relaxation) is increasing risk. I think it does limit, in fact it stops our ability to trace different variants and increases the probability of infected people coming into the country.

“I think it has increased the risk, quite frankly, and I think we should have improved the system rather than by and large abandoning it.”

His comments came as experts warned the government’s scrapping of PCR tests will put the UK at higher risk from new variants.

Professor Lawrence Young, a molecular oncology expert at the University of Warwick, said the changes will also make it harder to track new variants entering the country.

“We know that fully vaccinated individuals can get infected and spread the virus,” he said. “We also know that previous waves of infection have been fuelled by returning travellers.

“Letting our guard down runs the risk of bringing a new variant into the country, such as the mu variant first identified in Colombia, which could reduce the effectiveness of current vaccines.”

Professor Devi Sridhar, a professor of global public health at Edinburgh University, said easing the rules was “letting go of one of the main ways we would identify new variants”.

She told BBC Radio Scotland: “If we’re not testing for those people coming in, they wouldn’t even know they’re positive and need to isolate, nor would we be able to sequence those to know if there’s a new variant coming in, which is one of the main things we are concerned about going into winter.”

The government’s new shakeup of travel rules is intended to come in place for when people return from half-term break and replaces the original traffic light system with just two lists – a new “red list”, and a “rest of world” category.

The red list of countries from which returning travellers will be required to quarantine in a government-supervised hotel is to be cut, transport secretary Grant Shapps said.

Mr Shapps said the new “simplified” system aimed to strike “the right balance to manage the public health risk as no 1 priority”.

He said: “We welcome the simplification of the traffic light system, and the changes to the testing requirements allowing UK travellers to benefit from our world-leading vaccination programme and finally giving customers and business the confidence to book the journeys they’ve been waiting for.

“Based on the scientific evidence, with fewer than 1 per cent of people returning from low-risk countries testing positive for Covid (lower than the UK’s rate), we urge ministers to keep this policy under review, eliminating all testing for fully vaccinated travellers as soon as possible in the future, in line with most other European countries.”