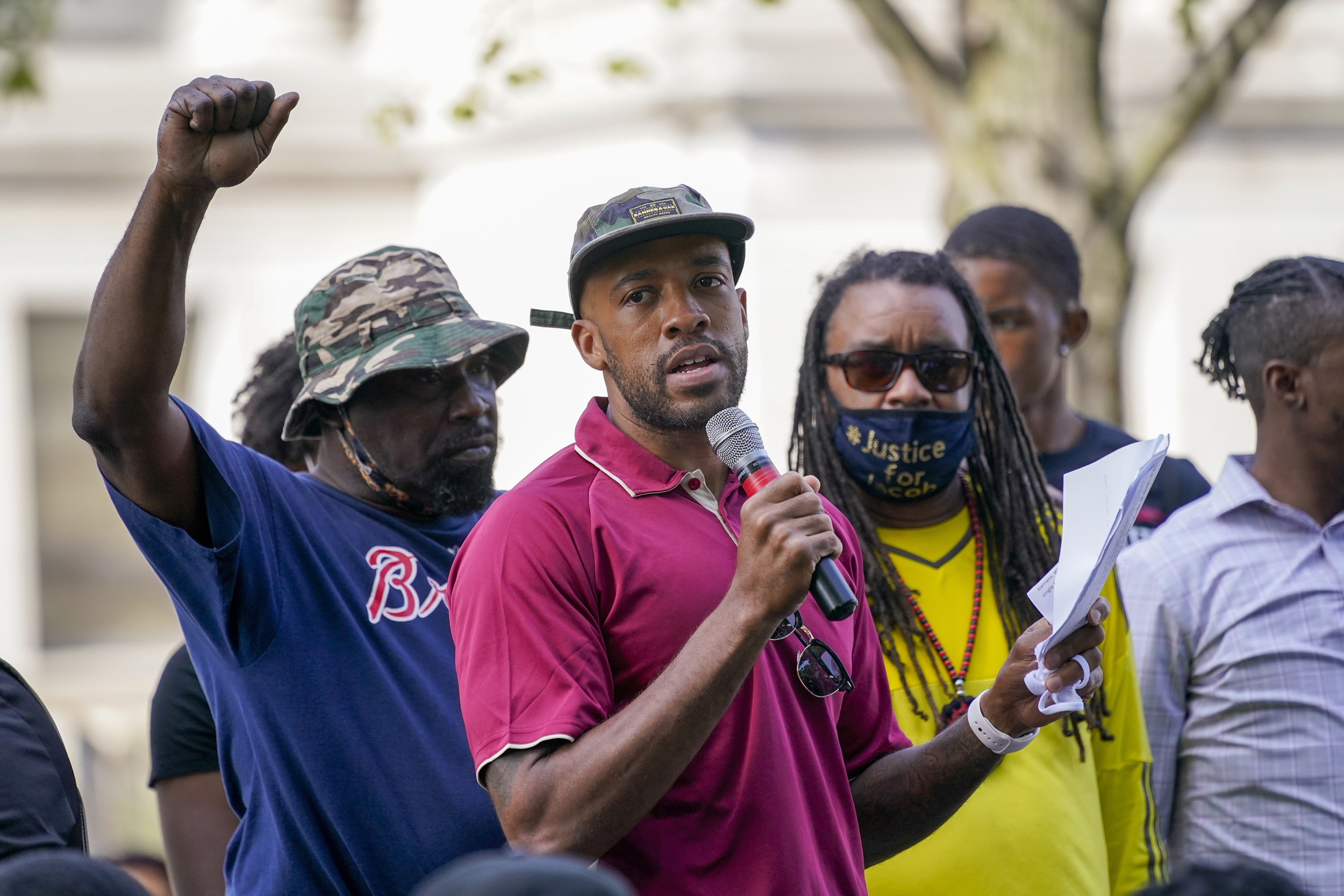 Mandela Barnes, Wisconsin’s 34-year-old lieutenant governor, wants voters to know he’s the progressive candidate in the field of the 10 Democrats running in the state’s 2022 Senate primary.

Barnes, a top contender in the race and a rising star in the party, has frequently talked about his support for Medicare for All, the Green New Deal and making corporations and wealthy people pay their fair share. He’s traveled the world pushing action on climate change. Progressive groups like Democracy for America, the Progressive Change Campaign Committee and the Working Families Party all endorsed his candidacy within hours of its existence. Sen. Elizabeth Warren, D-Mass., one of the Senate’s most prominent progressives, endorsed Barnes this week.

“I’ve always led with a vision of opportunity, and being able to provide opportunity to every person in this state has to be seen through a progressive lens, because we’ve gone so far backwards over the last eight years,” he said.

But by branding himself a progressive, some observers say, Barnes could be getting in his own way. In Wisconsin, a purple state that is one of the most sharply divided in the U.S., a firmly progressive Democrat could hamper the party’s appeal among the suburban and working-class voters the party needs to win a statewide race.

The stakes for Democrats couldn’t be higher. Senate control could hinge on the race to unseat Ron Johnson, the state’s Republican incumbent, or another GOP candidate, should Johnson decide not to run. The Wisconsin race, one of just two Republican-held seats up for grabs in a state Biden won in 2020, is rated as a toss-up by the nonpartisan Cook Political Report.

“Ideally, the Democrats would probably find someone in the center in order to draw as many independents in a 50-50 state as possible in what’s bound to be a tough year,” said a Wisconsin-based Democratic strategist who is not affiliated with any of the candidates’ campaigns. “The reason Mandela is seen as the front-runner isn’t really because he’s progressive; it’s because he’s the most senior official running, it’s that he’s popular with the base, it’s that he has a long history in the state.”

On the other hand, some strategists see strong and unique positives for Barnes. Wisconsin voters have a history of splitting their tickets and gravitating toward candidates they simply like — often, in recent years, at the exact same time. In 2018, for example, Wisconsin voters re-elected Democratic Sen. Tammy Baldwin, the first LGBTQ person elected to the Senate and one of the chamber’s most liberal members, by nearly 11 percentage points, while also voting conservative Republican Gov. Scott Walker out by just one percentage point, meaning a large chunk (experts say approximately 12 percent) of the electorate cast a ballot for both.

Midterm elections hinge on turnout and Barnes’ progressive reputation could end up being another advantage as the party seeks to motivate voters, strategists said.

“Winning is going to be about energy and activism and grassroots, which progressive candidates have always been better at than candidates in the center of the party,” said Joe Zepecki, a Milwaukee-based Democratic strategist who is not currently aligned with any of the candidates.

Barnes, who goes by his middle name in honor of the South African freedom fighter, grew up in the inner city of Milwaukee and attended college at Alabama A&M, a historically Black university.

He worked as a community organizer before winning a seat in the Wisconsin Assembly in 2012, representing part of the north side of Milwaukee. After winning the 2018 Democratic primary for lieutenant governor, he and now-Gov. Tony Evers toppled Walker, a two-term Republican. That victory made Barnes the first Black person to hold the office and only the second Black person ever to win a statewide race in Wisconsin.

As lieutenant governor, Barnes has unabashedly aligned himself with the progressive wing of the Democratic Party.

“Mandela is running as who he is,” Zepecki said. “He’s a true believer.”

Polling, both internal and external, show Barnes with a strong lead in an unwieldy field.

A bet on being progressive

Barnes has made an early bet that a progressive vision will emerge victorious, even though the most obvious takeaways from 2020 and 2021, so far, have been that centrist-branded Democrats are the ones winning general elections, strategists and politics-watchers said.

“Wisconsin is on the razor’s edge and the margin of victory tends to be decided by a very small number of swing voters, who have recently, mostly been relatively centrist voters in the suburbs, so I’m not sure his formula is the right one,” said Charlie Sykes, a former conservative talk radio host in Wisconsin and the editor-in-chief of The Bulwark.

Sykes and others pointed to not only Biden’s victory last year, but to wins in recent months by centrist Democrats over progressive candidates in primaries in different parts of the U.S. In New York City, centrist mayoral candidate Eric Adams won over several popular progressives. In Ohio, congressional candidate Shontel Brown touted her loyalty to Biden to best former Bernie Sanders campaign co-chair Nina Turner.

Republicans have been quick to identify Barnes as the likely front-runner — and even quicker to attack him for his progressive positions.

“Barnes is too liberal to represent Wisconsinites and he knows it,” National Republican Senatorial Committee spokeswoman Lizzie Litzow said in a statement, adding that Wisconsin Democrats were “tripping over themselves to prove who’s more liberal.”

Barnes would be wise to shape his campaign after that of his boss, said Charles Franklin, a political science professor at Marquette University.

“He focused constantly on education and pre-existing conditions and roads,” Franklin said of Evers. “None of those defined him as being aligned clearly with the progressive wing of the party, though he clearly was on the left in terms of the issues. It’s about picking issues that aren’t so ideological.”

Strategists also pointed to several trends they say could help the Democratic nominee in the state, regardless of how progressive he or she is, including a win in April 2020 by liberal state Supreme Court candidate Jill Karofsky over a conservative incumbent.

“Republicans’ track record here since 2016 is that they’ve lost 11 out of 12 statewide elections,” Zepecki noted.

Barnes, however, says his recipe for running as a progressive has worked for him so far, pointing to his winning 71 of the state’s 72 counties in the 2018 race.

“I am the candidate who can properly articulate the vision for improved quality of life. It’s less about the ideology, to be honest,” he said.

Barnes, as well as experts watching his campaign, said that Wisconsin voters have a particular knack for supporting candidates they simply like, regardless of ideology. For example, from 2008 to 2014, voters there elected, and re-elected, Barack Obama and Scott Walker.

Some Democrats say that means Barnes — no matter how many times he mentions the Green New Deal or taxing the wealthy — can win parts of the state he’d need, not just to secure the nomination, but the general election, too.

“In Wisconsin, in particular, authenticity matters to voters more than platform,” said Robyn Vining, a state representative for a suburban Milwaukee district. “I don’t think running to the center helps us win. And we need voters to be excited, we need people who will turn out even if it’s raining sideways.”