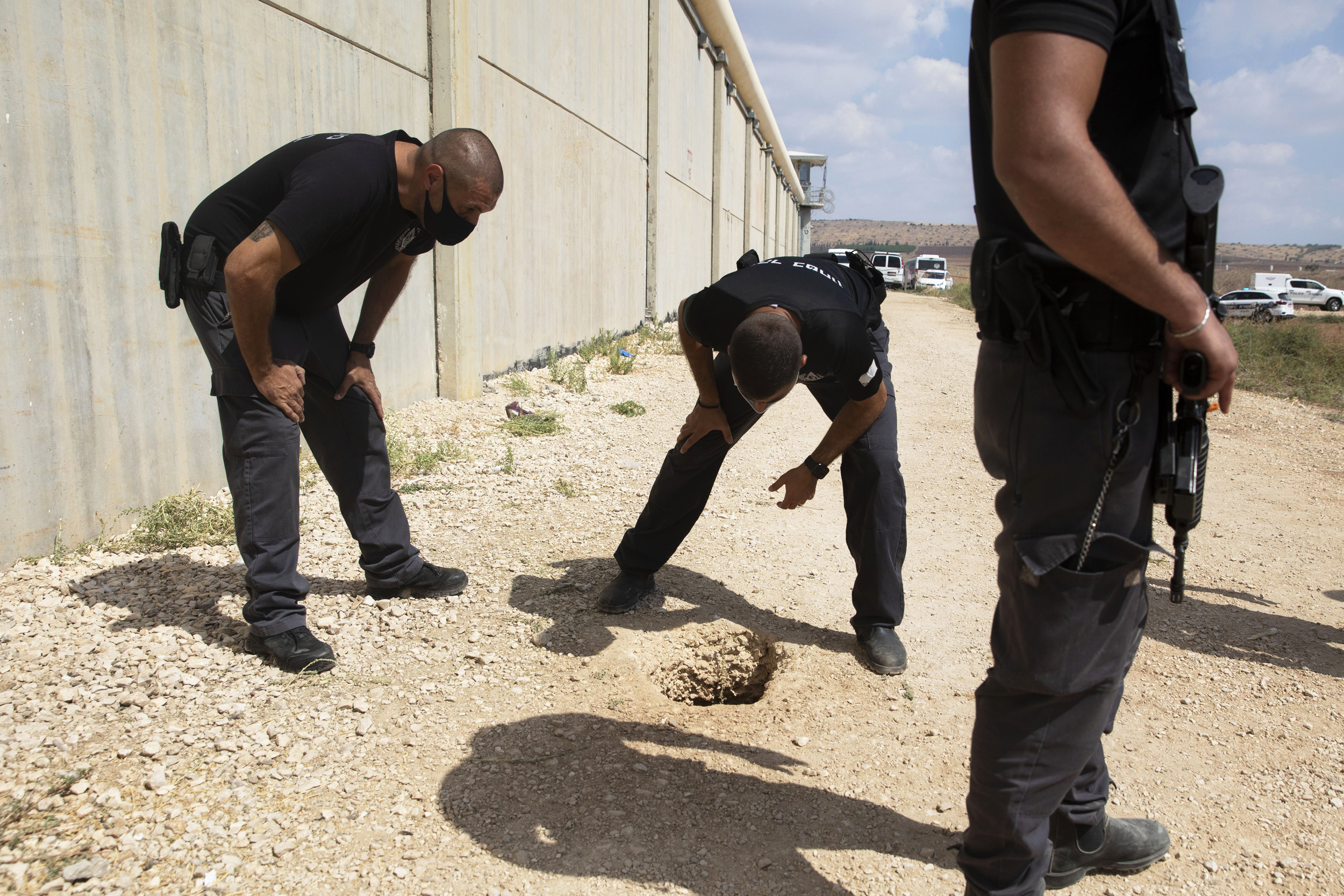 Israeli forces on Sunday caught the last two of six Palestinian militants who tunneled out of a maximum security Israeli jail nearly two weeks ago, in an escape that embarrassed Israel’s security establishment but delighted Palestinians.

The two members of the Islamic Jihad militant group were apprehended before dawn from a house in the Palestinian city of Jenin in the occupied West Bank, Israeli Police Commissioner Yaakov Shabtai said.

Palestinians see members of armed groups jailed by Israel as heroes in the struggle for statehood in the West Bank, Gaza and East Jerusalem, territory Israel captured in the 1967 Middle East war. Israel considers them terrorists.

An Israeli police spokeswoman identified the men as Ayham Nayef Kamamji and Munadel Yacoub Infeiat. Kamamji, 35, was arrested in 2006 and is serving a life sentence, and Infeiat, 26, was arrested in 2019, according to the Palestinian Prisoners Club.

The other four were captured in pairs a week ago near the Arab city of Nazareth in northern Israel. All six have either been convicted or are suspected of planning or carrying out deadly attacks on Israelis.

Palestinians in Jenin clashed with Israeli troops as they raided the city early on Sunday, residents said. Kamamji and Infeiat surrendered after being surrounded by Israeli forces, and two other Palestinians were arrested for assisting them, Israel’s military said.

All four were transferred for questioning, the military said in a statement. Palestinians hurled rocks and explosives towards Israeli troops and shot live fire as the troops exited the city, the military added.

There was no immediate comment from the Palestinian Authority, which exercises limited self-rule in the West Bank and coordinates with Israel on security in the territory.

The six Palestinians who broke free on Sept. 6 had tunneled a hole through their prison cell. Israeli officials say they will investigate any lapses that allowed their escape.