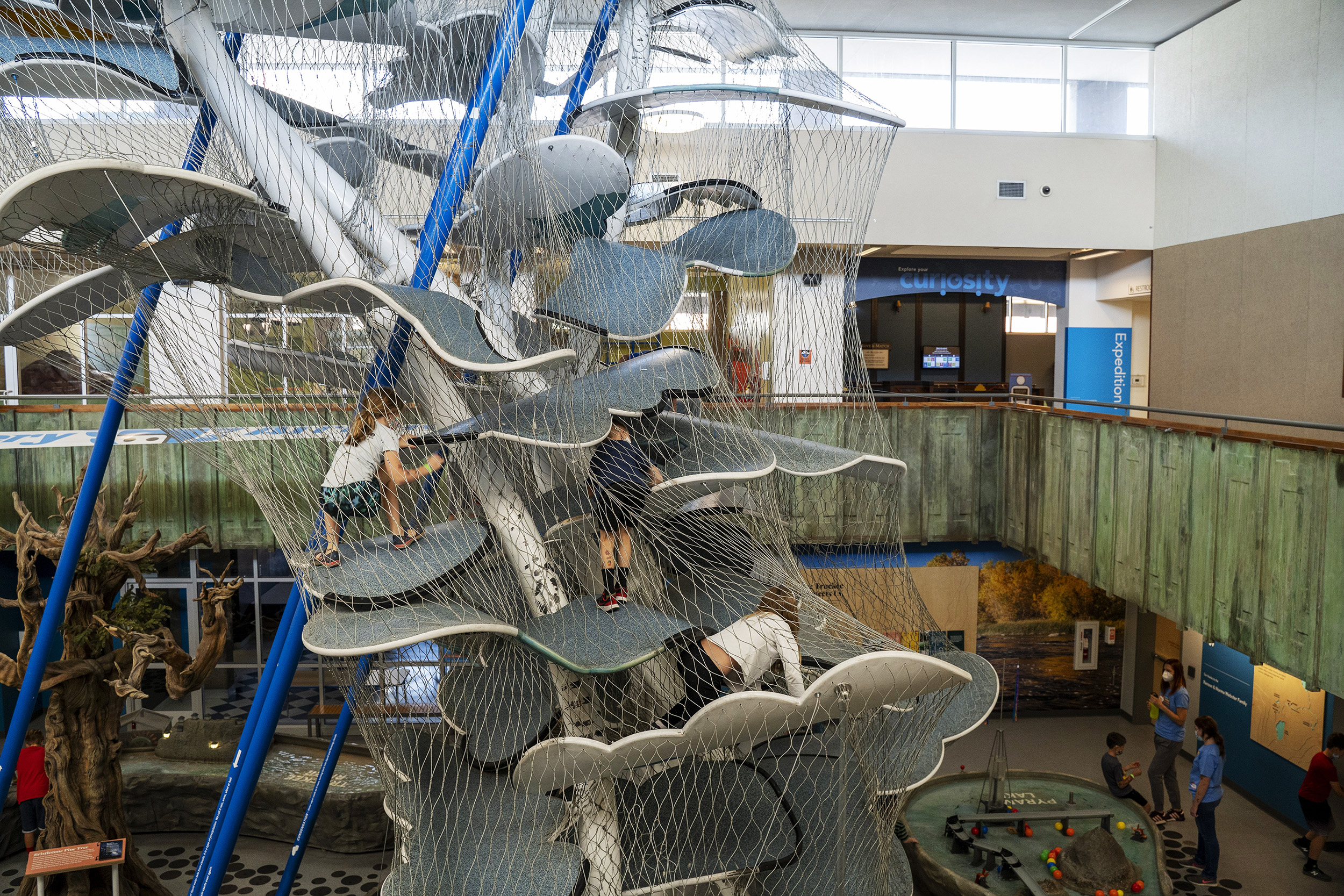 RENO, Nev. — When the Caldor Fire swooped down toward South Lake Tahoe in California, Melissa Benavidez and her family knew it was time to go.

Her husband, a municipal firefighter, urged Benavidez to pack up their three children and head to safety while he stayed behind to work 12-hour shifts. Benavidez, a teacher, tried to make the experience fun for her family. They headed south to the Santa Cruz boardwalk and visited relatives in the San Joaquin Valley.

Despite her best efforts, Benavidez’s children felt the stress of displacement and uncertainty.

“They have been acting out quite a bit — fighting with each other constantly, lots of mental and emotional breakdowns,” she said. “They’re ready to be back to some normalcy.”

Relief for the Benavidez family came about nine days into evacuation when a friend told them about a free, pop-up day camp created for children displaced by the Dixie and Caldor fires.

For nearly two weeks in September, Project:Camp took up residency at the Terry Lee Wells Nevada Discovery Museum in Reno, a little more than an hour’s drive from South Lake Tahoe.

The camp welcomed dozens of children between the ages of 6 and 16, encouraging them to climb up a two-story jungle gym, splash about a model of the local Truckee River and explore the galaxy through an exhibit developed in collaboration with NASA. It also paired children with volunteer counselors trained in trauma-informed care, who were prepared to address emotional outbursts and help kids cope with the stress of evacuating or losing their homes.

And it gave parents a much-needed respite during the day, providing space to contact insurance companies, stay updated on evacuation orders and process their own anxiety.

“I haven’t had a lot of down time, but now I’ve been able to be by myself and go through my own emotions,” said Lindsey Simon, whose 8-year-old son spent a week at the camp.

“When they’re in a setting like this, he gets tired at the end of the day so he’s calmer at home,” she added. “Otherwise, it’s just chaos and it’s not fun.”

Natural disasters affect some 175 million children across the globe every year, triggering lasting consequences that can include anxiety, depression and post-traumatic stress. Chronic mental health problems have been observed in children up to four years after a major disaster, according to a 2015 study published in The Journal of Child Psychology and Psychiatry that looked at the long-term effects of hurricanes and the 2010 Deepwater Horizon oil spill in the Gulf of Mexico.

Prolonged or repeated exposure to natural disasters, such as wildfires, hurricanes, flooding and even drought and heat waves, can also affect a child’s ability to learn. According to research published by the Society for Research in Child Development, trauma can change a child’s brain anatomy and function, making learning, memory and concentration more difficult for young people.

“We know that kids are one of the most vulnerable populations when they experience natural disasters,” said Betty Lai, a professor of counseling, developmental and educational psychology at Boston College. “They really depend on adults to help them through these situations, but they also have fewer experiences to make sense of what it means when your world is turned upside down.”

Each child reacts differently to traumatic events. Where one might act out for days or weeks, another might bounce back almost immediately. The difference often comes down to previous experiences and how parents are handling their own stress, according to Melissa Brymer, director of Terrorism and Disaster Programs at the UCLA–Duke National Center for Child Traumatic Stress.

“It’s not about the numbers, but the severity and intensity of events,” she said. “A kid is going to be more impacted if they lose their home or lose a loved one.”

This year, with dozens of wildfires raging at the same time as hurricanes, heat waves and the Covid-19 pandemic, families are forced to tackle multiple traumatic events simultaneously. Having a plan and sharing those preparations can help both parents and children manage the initial shock of being suddenly displaced, Brymer said.

“Encourage kids to pack their stuff so they have comforting items,” she said. “Younger kids feed off their parents, and if parents are coping well in a disaster, that will help kids cope.”

Giving both parents and children space to be themselves is one of the goals behind Project:Camp, according to its founder.

It first originated in 2017 following Hurricane Harvey, which killed 68 people and caused an estimated $125 billion in damage. The hurricane forced the closure of daycare programs and camps throughout the area, compounding emergencies for parents who badly needed help with their children and time to figure out what to do next in the midst of a two-week disaster.

Mikey Latner, founder and executive director of Project:Camp, was part of a national camp network when Hurricane Harvey hit. When colleagues in Texas put out an alert for help caring for children displaced by the hurricane, Latner flew from California to Texas to run logistics at a pop-up camp in Houston.

During that hurricane, Latner helped feed some 350 children. The experience stayed with him, leading to a similar but smaller camp several months later during the Tubbs Fire in Northern California and then again in 2018 during the Woolsey Fire in Southern California.

Latner hopes to eventually make Project:Camp national with the goal of setting up sessions within days after a natural disaster strikes.

Project:Camp held three sessions in Northern California and Nevada this year during the West’s historic wildfire season, which has consumed more than 3 million acres across a dozen states.

“Camp is a healing space,” he said. “They show up at the beginning of the day quiet and reserved, and at the end of the day it’s actually hard to peel them away. They want to be with their friends.”

Counselors at Project:Camp don’t coax children to discuss their trauma, instead allowing them to explore whatever feelings might arise throughout the day. Each session includes a “gratitude circle,” where children are invited to give thanks. The answers range from benign to telling.

During one session earlier this summer, a boy said he was grateful for his house and then suddenly burst into tears. While firefighters were able to save the camper’s home from the Beckwourth Complex Fire, other children had lost theirs. The camper was filled with sadness and guilt after realizing his friends had not been spared.

“We don’t break up moments like that, but we do try to facilitate a sensitive environment,” said David Baron, communications director for Project:Camp. “Kids are naturally really good at it.”