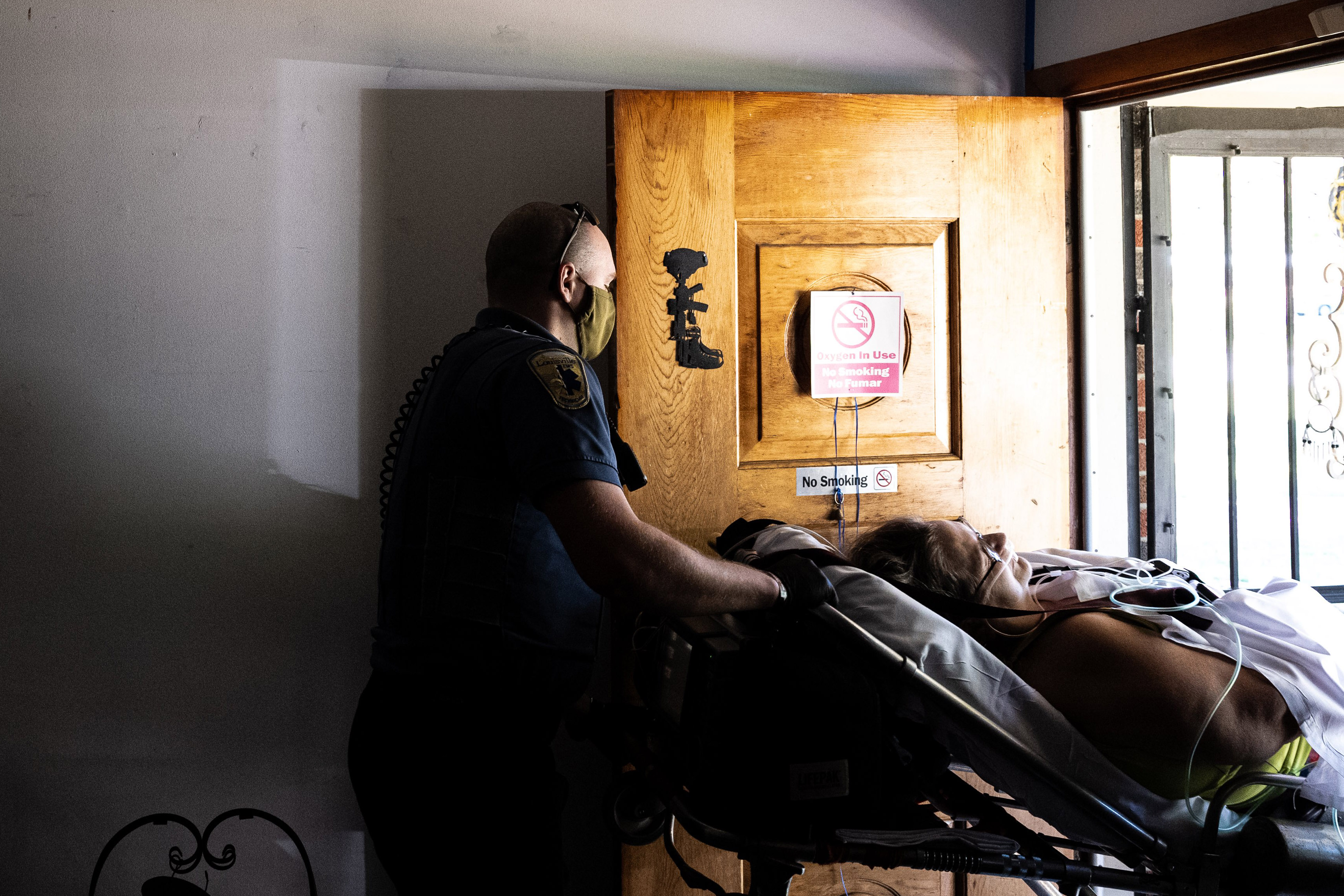 These are the worst days of the pandemic for some parts of the United States.

The ongoing delta variant wave set a series of Covid-19 records this week — a somber reminder that while football stadiums are filled again and many schools are open, the coronavirus continues to take a heavy toll.

The records come as the Biden administration has sought to ramp up vaccination mandates. In the U.S., 76 percent of all eligible people have received at least one shot, but some parts of the country continue to encounter widespread vaccine hesitancy. Idaho, Mississippi, North Dakota, West Virginia and Wyoming all have yet to partially vaccinate at least half of their state populations.

As many as 674,123 people in the U.S. have died since the start of the pandemic, according to NBC News’ tally. The Institute for Health Metrics and Evaluation at the University of Washington projects that number will reach 775,000 by the end of the year.

Those projections also expect a slight decline in deaths in the coming months — but with daily deaths remaining above levels seen this summer.

Aside from the records, many parts of the U.S. are struggling to handle the delta variant. Idaho declared a hospital resource crisis Thursday, which permits hospitals to ration health care and triage patients. Mid-Atlantic states are also in the midst of dramatic upticks, most notably West Virginia, which was once lauded for its early vaccination success.

Covid is now the leading cause of death among police officers in 2021. And experts continue to track what they call “red flags” about delta’s impact on children.

Joe Murphy is a data editor at NBC News Digital.

Nigel Chiwaya is a deputy data editor for NBC News.