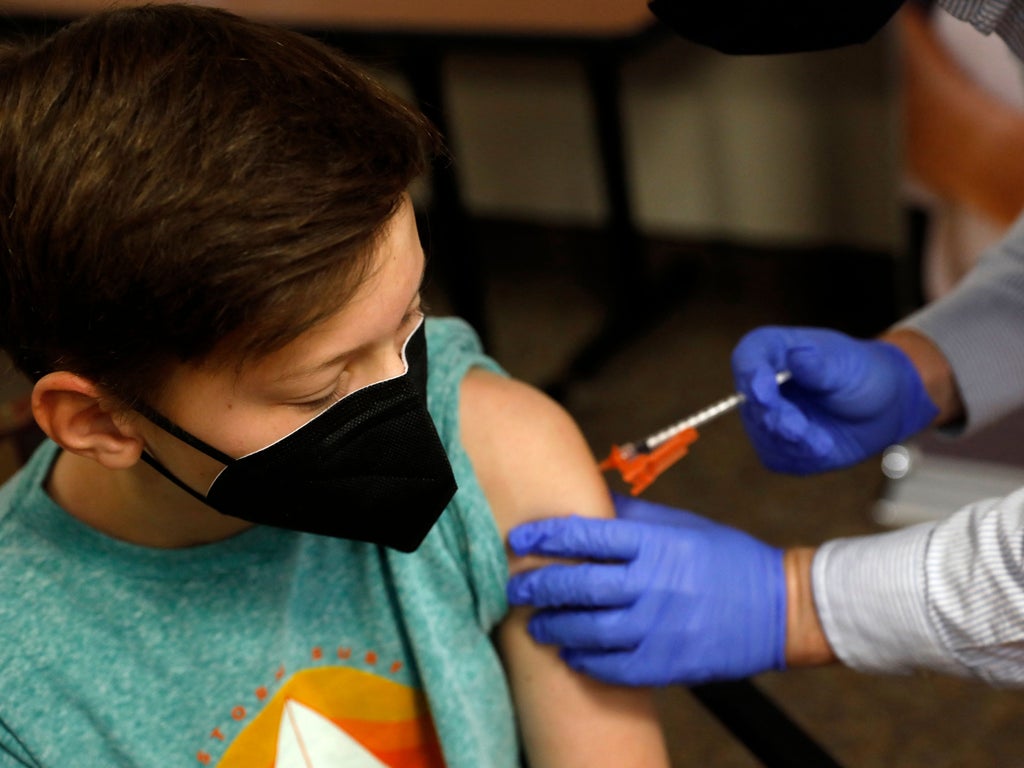 Vaccinating teenagers may be needed to prevent another wave of coronavirus cases in the UK this winter, a government adviser has said.

Professor Peter Openshaw, a member of the Nervtag advisory group, said that offering the vaccines to those over the age of 12 could prove to be the key to “interrupting” the spread of Covid-19.

“I think it’s quite likely, unless we do something pretty radical by way of interrupting the spread of this virus, that we will have to extend vaccination into teenagers in order to prevent a further outbreak in this coming winter and the following spring,” he told Sky News.

Prof Openshaw added: “I think that it looks very much as if the way that we need to interrupt this outbreak is to extend vaccination into those age groups.”

The issue of vaccinating children remains the focus of intense debate. Some academics have said it would be wrong to offer vaccines to children – at relatively low risk of illness – while vulnerable people in other countries are yet to receive their first dose.

Others have said it is important to offer the jabs to teenagers to stem the spread of infection and prevent further disruption to education.

Independent scientists have said children over 12 in the UK must be vaccinated “as soon as possible” in order to suppress the exponentially-rising Delta variant.

Dr Stephen Griffin, a virologist at the University of Leeds, told The Independent that leaving millions of children unvaccinated would likely prevent the UK from reaching the “85 to 90 per cent” immunity threshold needed across the population to prevent the spread of the Delta variant.

Israel, France and the US have already started using the Pfizer jab to vaccinate teenagers, but UK health officials are awaiting further data.

It emerged at the weekend that the Joint Committee on Vaccination and Immunisation (JCVI) will not make any decision on vaccinating adolescents until later next month.

Prof Openshaw said that although there was a relatively low risk of serious illness among children and teenagers, the risk of disease is “not zero”.

He added: “The immune responses [between adults and teenagers] are pretty comparable. There was one study which suggested that there are different immune responses in teenagers, but actually there’s other studies which show that, between the ages of 12 and 18, you respond pretty well the same as an adult.”

On Monday the new health secretary Sajid Javid said lifting the last Covid restrictions “as soon as we can, as quickly as possible” was his “absolute priority”.

But Prof Openshaw said there was still a possibility that so-called “freedom day” on 19 July – the scheduled end of restrictions in England – may need to be pushed back.

“At the moment I’m hopeful that we can get the vaccination rates very high and the 19 [July] is a reasonable date, but I think we just need to bear in mind that what we’re fighting here is a virus, it’s not a political polarised debate – it’s a battle against the virus.”

Prof Openshaw said there was “a possibility this Delta agent is ferociously infectious” and the link between cases and hospital admissions was “not broken completely”.