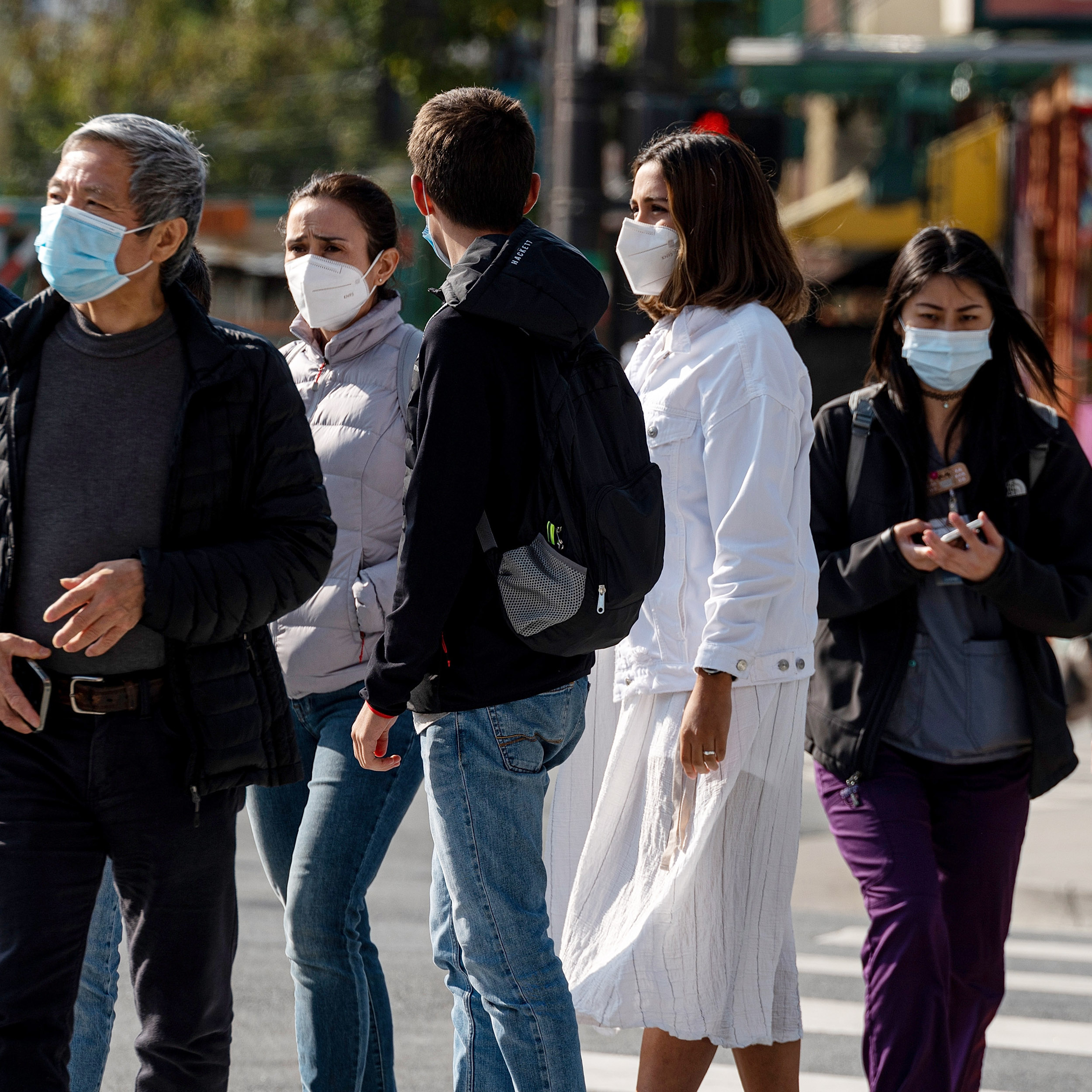 WASHINGTON — Democrats from President Joe Biden to city council members have faced intense backlash to Covid-19 mask and vaccine mandates. But fresh off his lopsided victory this week, California Gov. Gavin Newsom has a message for his party: Suck it up.

Heading into next year’s midterm elections, when Democrats will have to defend their razor-thin majorities in Congress, Newsom and others in the party argue the results in California, where Tuesday’s recall election sometimes felt like a referendum on coronavirus mandates, show they are not only good policy, but also good politics.

Democrats need to “stiffen our spines” and ignore the backlash from a vocal minority, Newsom told CBS this week.

“It’s the right thing to do, but it’s also a motivating factor in this election,” he said. “This was an odd-year, off-month election and the turnout was off the charts because people were motivated because they understood what was at stake. The consequences were that clear, and Democrats, I hope, were paying attention.”

Democrats are facing opposition to vaccine mandates from within their coalition. Labor unions, historically strong backers of Democrats, have fought mandates for their membership.

Frustration with health restrictions galvanized the opposition to Newsom and led to the failed attempt to remove him. But Newsom ended up making his pandemic response the centerpiece of his campaign, warning that Republicans would undo his first-in-the-nation school mask mandate if they ousted him.

That proved to be a good bet, with an NBC News exit poll showing large majorities of California recall voters supporting his approach.

Getting Democrats to vote was Newsom’s chief challenge and it will be one of the main hurdles for his party in 2022. Newsom advisers credit the mandate message with helping to drive turnout to near-2018 levels, higher than expected.

Of course, California is bluer than the rest of the country. And the battle for control of Congress will be fought in swing states such as Wisconsin and Pennsylvania, as well as moderate parts of red states, like the Houston suburbs in Texas.

But Patrick Murray, who runs the nonpartisan Monmouth University poll, which released a national survey on Covid mandates this week, said there is broad support for mandates across the country, even in places far less liberal than California.

“When we broke out red states and blue states by the (2020) presidential vote, it was in the majority in both types of states,” he said. “That suggests that independent voters or swing voters in those states are unhappy with the Republican stance on dealing with the pandemic.”

If mandates were unpopular, Murray noted, one would expect Newsom’s margin of victory to be narrow than his last elections. That didn’t happen. Newsom was elected three years ago 62-38 percent. And he defeated the recall this week 64-36 percent, though not all votes have been counted yet.

“At the very least, the mandates aren’t hurting Democrats. And there is evidence that it’s probably helping them, at least right now,” Murray said. “A year from now, we don’t know.”

The 2022 midterm is still more than a year out and opinions could change, of course.

But for now, Rep. Sean Patrick Maloney, D-N.Y., charged with leading Democrats’ efforts to defend their majority as chairman of the Democratic Congressional Campaign Committee, said on MSNBC that his candidates should “own the anger” over the pandemic.

“There is a reason that the pandemic is still going on. It’s because (Republicans) underplayed it at the beginning, they dragged their feet on mask-wearing, and now, at every stage, they’re trying to stop the mask mandates where they make sense. We should embrace them,” he said.

Not all Democrats agree, especially more vulnerable ones in swing districts, though they’re mostly staying quiet about it. And the party has run into resistance from some key allies — labor unions.

Police, firefighter, emergency medical and other public sector unions, including some staunchly Democratic teachers unions, have resisted mandates on their members.

When Biden announced plans to require all federal workers to get vaccinated, one of their largest unions, whose PAC donates almost exclusively to Democrats, slammed top-down decision by saying “workers deserve a voice in their working conditions.”

In Virginia, where voters will elect a new governor in November, Democrat Terry McAuliffe has tried to use mask and vaccine mandates to put his Republican opponent, businessman Glenn Youngkin, in a bind between the GOP base, which fiercely opposes mandates, and more moderate swing voters, who are more favorable toward them.

“Right here in this county, all of the ICU beds are full. I am for requiring and mandating vaccination. He is not. He likes to do (public service announcements). PSAs will not get you anything,” McAuliffe said in the candidates’ first debate Thursday night in Grundy, in the southwest of the state near the border with Kentucky.

Youngkin, who has been vaccinated himself and encourages other to do the same, accused McAuliffe of lying by calling him “anti-vax” and said it’s unconstitutional to force people to get inoculated against their will.

“My opponent has said he wants to make life difficult for people who don’t get the vaccine. I think Virginians have suffered enough to have a governor make their life difficult,” Youngkin said.

A recent Monmouth poll of Virginians found two-thirds of registered voters support requiring students, teachers and staff to wear masks in schools. A narrower majority, 53 percent, approved of the University of Virginia’s decision to disenroll students who refuse to comply with the school’s strict health safety protocols.

Tyler Law, a Democratic strategist who has worked on House races and is now based in California, said mandates could cause problems for Republicans even if Covid no longer remains a live issue in next year’s general election by pushing the party to nominate problematic candidates.

“Republicans have created yet another litmus test for their own party on mandates that is way outside of the mainstream,” he said, noting candidates will have a hard time winning GOP primaries if they support mask and vaccine mandates.

And he said the party’s pandemic politics could be especially problematic among parents of unvaccinated children in the suburbs, where many key House races will be fought and vaccine acceptance is generally high.

“Democrats are too often scared of our own shadow and don’t just fight and lean into what we believe,” he said. “We know vaccine mandates are good, so just let’s just get out there and push them.”