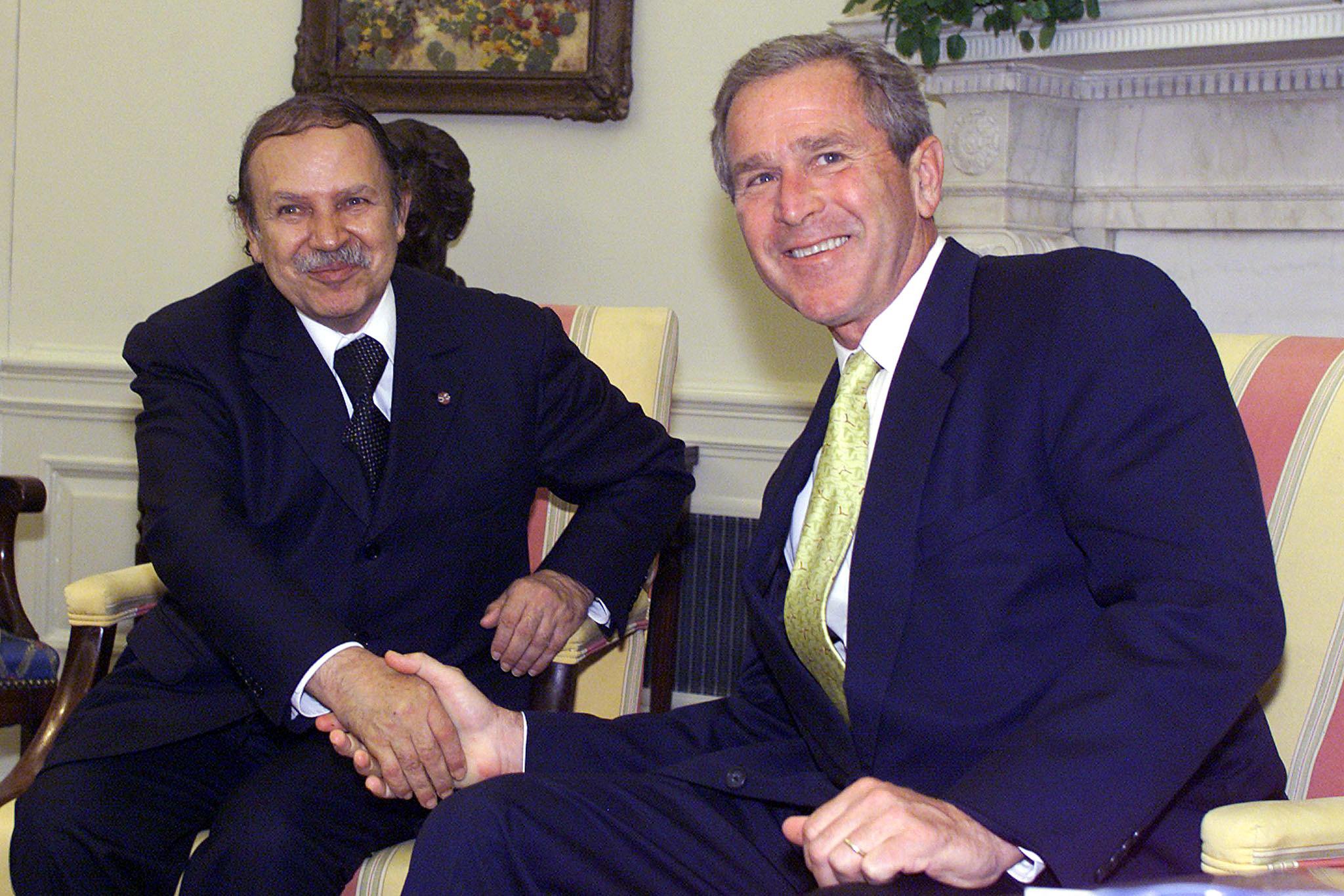 ALGIERS, Algeria — Former Algerian President Abdelaziz Bouteflika, who fought for independence from France, reconciled his conflict-ravaged nation and was then ousted amid pro-democracy protests in 2019 after two decades in power, has died at age 84, state television announced Friday.

The report on ENTV, citing a statement from the office of current President Abdelmadjid Tebboune, did not provide the cause of death or information about funeral arrangements.

Bouteflika had suffered a stroke in 2013 that badly weakened him. Concerns about his health, kept secret from the Algerian public, helped feed public frustration with his 20-year, corruption-tarnished rule. Mass public protests by the Hirak movement led to his departure.

An astute political chameleon, Bouteflika had been known as a wily survivor ever since he fought for independence from colonial ruler France in the 1950s and 1960s.

He stood up to Henry Kissinger as Algeria’s long-serving foreign minister, successfully negotiated with the terrorist known as Carlos the Jackal to free oil ministers taken hostage in a 1975 attack on OPEC headquarters, and helped reconcile Algerian citizens with each other after a decade of civil war between radical Muslim militants and Algeria’s security forces.

“I’m a non-conformist politician. I’m a revolutionary,” Bouteflika told The Associated Press on the eve of his first presidential victory in 1999, after a campaign tarnished by fraud charges that drove his six rivals to pull out of the vote.

Born March 2, 1937, to Algerian parents in the border town of Oujda, Morocco, Bouteflika was among Algeria’s most enduring politicians.

After the war’s end, Bouteflika became foreign minister at just 25, at a time when Algeria was a model of doctrinaire socialism tethered to the Soviet Union. Its capital, Algiers, was nicknamed “Moscow on the Med.”

He kept that post for 16 years, helping to raise Algeria’s influence and define the country as a leader of the Third World and the Non-Aligned Movements. He was active in the United Nations, and presided over the U.N. General Assembly in 1974.

In 1978, slipped from sight for nearly two decades, spending more than six years in exile to escape corruption charges that were later dropped.

Algeria’s army held the reins of power throughout that time. The National Liberation Army had been transformed into a single party that ruled until 1989, when a multiparty system was introduced.

But as the Islamic Salvation Front party, or FIS, rapidly gained support, the army canceled Algeria’s first multi-party legislative elections in 1992 to thwart a likely victory by the Muslim fundamentalists. An insurgency erupted that left an estimated 200,000 dead over the ensuing years.

Bouteflika took office in 1999, Algeria’s first civilian leader in more than three decades. He managed to bring stability to a country nearly brought to its knees by the violence, unveiling a bold program in 2005 to reconcile the fractured nation by persuading Muslim radicals to lay down their arms.

Bouteflika and the armed forces neutralized Algeria’s insurgency, but then watched it metastasize into a Saharan-wide movement linked to smuggling and kidnapping — and to al-Qaida.

Bouteflika stood with the United States in the fight against terrorism after the Sept. 11, 2001, attacks, particularly on intelligence-sharing and military cooperation. It marked a turnaround from the militantly anti-American, Soviet-armed Algeria of years past when figures like Black Panther leader Eldridge Cleaver took refuge there.

Bouteflika’s powerful political machine had the constitution changed to cancel the presidency’s two-term limit. He was then re-elected in 2009 and 2013, amid charges of fraud and a lack of powerful challengers.

His firebrand past dissolved as age and illness took its toll on the once-charismatic figure. Corruption scandals over infrastructure and hydrocarbon projects dogged him for years and tarnished many of his closest associates. His brother, two former prime ministers and other top officials are now in prison over corruption.

Bouteflika balked at the region-wide calls for change embodied by the 2011 Arab Spring revolutions that overthrew three dictators to his east. Bouteflika tamped down unrest through salary and subsidy increases, a vigilant security force and a lack of unity in the country’s opposition. He also failed to restore civic trust or create an economy that could offer the jobs needed for Algeria’s growing youth population despite the nation’s vast oil and gas wealth.

Bouteflika was increasingly absent from view during his third and fourth presidential terms after suffering a stroke. The extent to which Bouteflika was controlled by the army remained unclear. He once told the AP that he turned down the job of president in 1994 because he was unable to accept conditions set by the military.

Algeria’s Hirak protests erupted after he announced plans to run for a fifth term in 2019, and it was the then-army chief who sealed Bouteflika’s fate by siding with the demonstrators. Bouteflika had no choice but to step down.

Despite new elections and some gestures toward the protesters, Algeria’s leadership remains opaque and has recently cracked down on dissen t, notably among Berber populations.

The secrecy surrounding Algeria’s leaders is such that it’s unclear whether Bouteflika ever married or had any survivors.