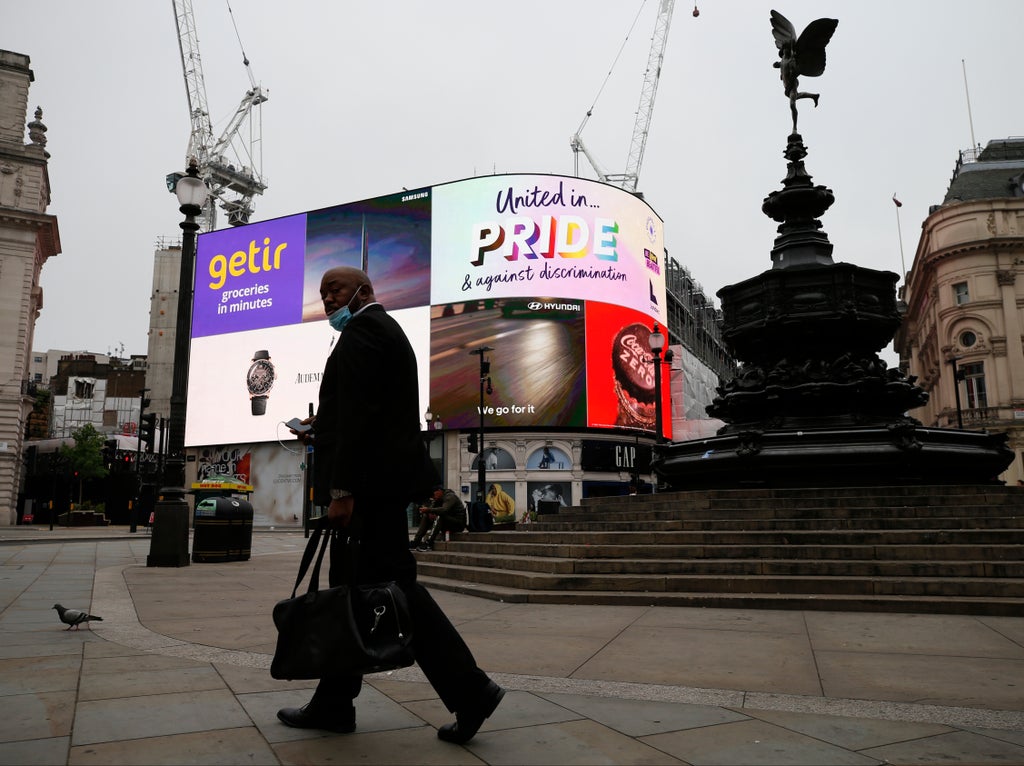 The lifting of all restrictions on 19 July is “possibly too early”, the government has been warned, with public health experts calling for more caution in the weeks ahead amid the continuing spread of the highly transmissible Delta variant.

The rapid emergence of Delta forced Downing Street to delay the full reopening of society on 21 June by four weeks, and some scientists concerned that the UK will remain vulnerable to a significant surge in cases, hospitalisations and deaths once all measures are removed later next month.

A total of 101,676 cases were reported last week up to Saturday, a 43 per cent increase on the previous week, while a further 514 people were hospitalised in England with Covid-19 in the seven days up to June 21. Of these, 304 were unvaccinated.

Rising hospital pressures have also been compounded by a recent spike in A&E patients due to non-Covid issues; last week, The Independent revealed that a number of trusts had declared “black alerts” due to sudden surges in admissions.

Some have nonetheless called for restrictions to be lifted on 5 July. But Linda Bauld, a professor of public health at the University of Edinburgh, said that such a move “is not supported by current evidence”.

“We’ve seen rising numbers of cases in the UK over the past few weeks and although hospital admissions remain now, they are also rising, as are deaths from a very low base,” she said.

“We know that although 88 per cent of adults have had a single dose of a Covid-19 vaccine this provides partial protection and we need time to deliver more second doses, particularly to the over 40s.”

Prof Bauld said three more weeks at the current level of easing would put the UK “in a more sustainable position” while providing the government with a “better idea” of the state of the UK’s epidemic. However, she warned, 19 July is still “very ambitious and possibly too early”.

Professor Sir Peter Horby, chairman of the government’s New and Emerging Respiratory Virus Threats Advisory Group (Nervtag), said he would not bring the restrictions easing date forward, adding that it had been “very sensible” to delay it by four weeks.

“I don’t think we should rush into anything, we really want to make sure that we can release all restrictions and not have to backtrack at all,” he told the BBC’s Andrew Marr Show on Sunday.

Announcing a delay to the original so-called “Freedom Day” on 21 June, Mr Johnson told the public the government will “monitor the position every day and if after two weeks we have concluded that the risk has diminished then we reserve the possibility of proceeding to Step 4 and full opening sooner”.

In a Commons statement on Monday, however, it is widely expected the government will not sanction an early re-opening on 5 July — despite calls from some Tory backbenchers — and rather insist the relaxation of all remaining Covid restrictions remains on track for 19 July.

Just last week, the business minister Kwasi Kwarteng also claimed the government would “always err on the side of caution”, as he suggested it was “unlikely” measures would be lifted ahead of what the prime minister has described as the “terminus” date of 19 July.

It was not immediately clear whether Sajid Javid, who replaced Matt Hancock as health secretary at the weekend following his dramatic resignation, will return to the despatch box tomorrow tasked with the job of updating MPs on the government’s plans.

Speaking on Sunday for the first time since his return to the cabinet, Mr Javid said his “most immediate priority” will be ending the Covid-19 pandemic as soon as possible, as he stressed he wanted to “see that we return to normal as soon and as quickly as possible”.

Asked whether Labour would support the direction indicated by Mr Javid, Sir Keir Starmer told reporters: “What we’ve seen today already I’m afraid is confusion, because the incoming health secretary said he wants to open up as quickly as possible. The government’s now rowed back on that.

“I don’t think it’s inspired confidence that already in day one, there’s been the health secretary saying his position this morning and then the government rowing back on it.”

Prof Horby, who is also professor of emerging infectious diseases in the Nuffield Department of Medicine, University of Oxford, said the government and its scientific advisers were watching the data “very carefully”.

He added: “There will be a lot of analysis of the data coming up to that date, to make sure we’re comfortable with that release.”

Professor Lawrence Young, a virologist at the University of Warwick, said that cases were continuing to rise as a result of the more transmissible Delta variant, but insisted that the link between infections, severe disease and hospitalisations has “been significantly weakened” as a result of the UK’s vaccine rollout.

Even so, he added, “it does make sense to hold our nerve for a few more weeks [in easing restrictions] to get more people doubled jabbed and be sure that we have the Delta variant under control”.

Some breakthrough infections are still to be expected – where a vaccinated individual falls ill from Covid – Prof Horby added. Those who have refused to receive a vaccine also remain particularly vulnerable. “But at this stage, we’re able to make sure that the health system isn’t overwhelmed and vaccination is really key to that,” said Prof Horby.

He warned that the route out of the pandemic would be “a bumpy road out and that there will be twists and turns that we’re not wishing to see”.

Prof Bauld acknowledged that the continuation of restrictions “is very damaging to some sectors still closed or only partially open, but it would be even more damaging to have to shut these businesses again in future”. She added: “Slow and steady will help the vaccine rollout win the race against the virus”.