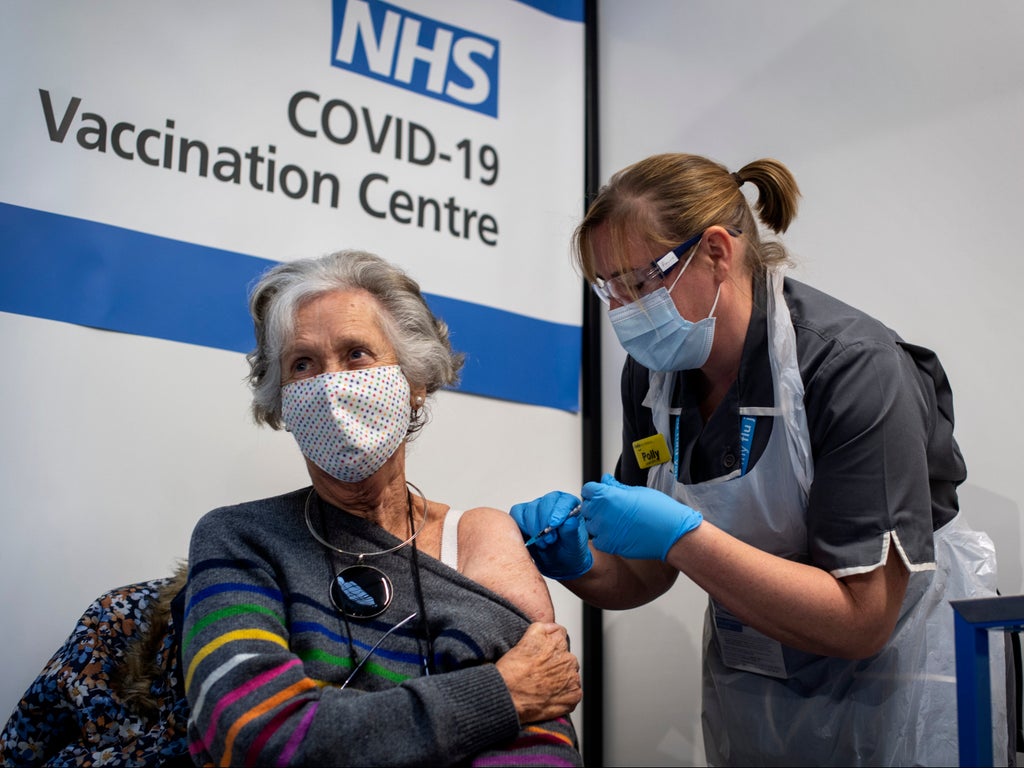 The scientist leading the government’s trial into whether people in the UK need a booster vaccine has made an urgent appeal for volunteers, in order to complete the research by autumn.

The study’s chief, Professor Saul Faust, is in a race against time to determine if booster jabs will be effective in combatting a potential winter wave of infections, and wants more people who have received two doses of the AstraZeneca vaccine to sign up to the project.

Results from the trial need to be presented to the Joint Committee on Vaccination and Immunisation (JCVI) by the end of August, when the decision will be made to administer third doses in the winter months or not, and Prof Faust has admitted: “From the trial point of view, we’ve got very tight timelines.”

Cov-Boost, led by researchers at Southampton University, is investigating the effectiveness of the current vaccines in ‘topping up’ the immunity levels of fully inoculated people.

The August deadline has been set in order to give the NHS enough time to start preparing GPs, primary care networks and vaccine centres – which have started to wind down operations in some parts of the country – for another round of vaccinations.

The JCVI will also be drawing data from other trials currently underway, including the Com-Cov study, which is investigating immunity responses in people who have received two different vaccine doses, and the ComFluCov study, which is examining the viability of giving a flu and Covid jab at the same time.

“They’ll be able to put it all together and say ‘We think this group of people should have a booster in the autumn because we think that to cover the variants circulating now, we need to raise the antibody levels in this particular group,’” said Prof Faust.

However, efforts to conduct the Cov-Boost study on time have been complicated by a shortage of sign-ups from people vaccinated with the AstraZeneca jab.

Only those individuals who have received a second vaccine dose more than 70 days ago can take part in study. Potential candidates are therefore limited to people who were fully vaccinated in the earlier stages of the national rollout, such as those aged 65 and over or healthcare workers.

While administration of the Pfizer jab started back in December, it wasn’t until the middle of January that the AstraZeneca vaccine came online. That means “we’re only just hitting now the numbers of people who are eligible to get involved,” Prof Faust said.

He said some members of the public weren’t aware of this, and explained that a number of the trials 18 sites are “really keen to find more people who have received AstraZeneca”. Researchers are hoping to recruit a total of 3,000 volunteers across all age groups.

Due to the tight deadline, Prof Faust said his team will have to take blood samples from volunteers who have received a third jab by late July at the latest. “That means we have to give the vaccines in June, but we have to be at least 10-12 weeks away from the second dose. You can’t compress the third dose.”

Volunteers are being asked to fill out an electronic diary detailing any side effects they experience after receiving a third dose. Blood tests will be taken before administration of the jab and then on day 28 to compare antibody and T-cell levels, and to see whether immunity has been ‘boosted’. The study is not assessing how long immunity against Covid lasts.

Internally, ministers are working under the assumption that a third dose will be required for the over 50s and clinically vulnerable, according to one Whitehall source.

Prof Faust insisted it was “impossible” to predict whether booster jabs would be required every year, but he said there was a “likelihood” that some people will be advised to receive another jab for the forthcoming winter.

“It’s highly unlikely to be young people, under the age of 40, because those people are only receiving their vaccines now,” he said. “The JCVI will be looking at all the data from the different studies and be using Cov-Boost to inform which vaccine to use if they were to use it in any at-risk groups.”

Seven vaccines are being tested, some of which have yet to be approved by the UK’s medicines regulator, because “nobody can be certain of the supply chain” in the future, Prof Faust said. These include the Pfizer, AstraZeneca, Moderna, Novavax, Johnson & Johnson, Valneva and CureVac jabs.

“Over the next year we don’t know what’s going to be available when, and which vaccines might work better in combination against which variants,” he added. “So the lab work is going to be looking at all the current variants of concern and vaccines.”

Given the significance of the trial, being the first its kind, the results are also likely to be shared globally with other countries and scientists – though the JCVI will “get first sight”, said Prof Faust.

He also warned that it was “fairly unthinkable” to suggest that the UK won’t be facing a new variant by winter, pointing to the examples of Alpha, Beta and Delta, which have all emerged in the last six months alone.

This further raises the possibility that certain pockets of the population may need to have their immunological defences re-strengthened against any new Covid viruses in circulation, some of which may be more transmissible or effective at escaping the vaccine responses.

Should manufacturers tweak their vaccines to target any future variants, it’s “highly likely” that the Cov-Boost study will be extended to assess whether the newly-modified jabs can also be used to boost the immune levels of people whose protection against Covid is waning.

Tweaking the vaccines is one way of addressing the new mutations that emerge in the Covid virus, Prof Faust said. The other is raising “your antibody levels up so high that they cover all the variants in terms of protecting against death and hospitalisation”.