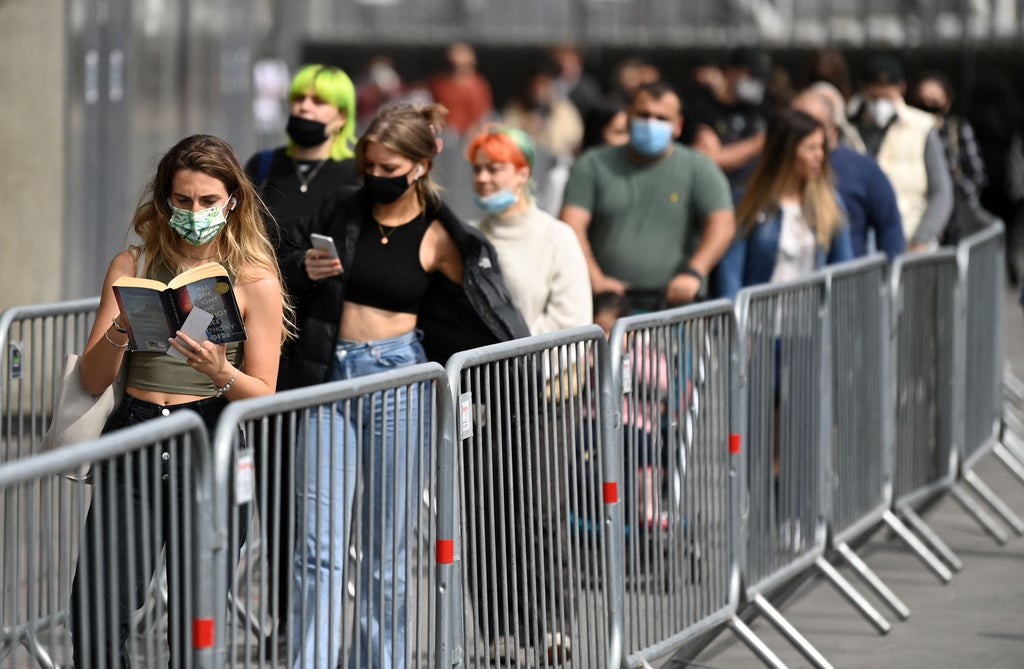 The number of UK daily Covid-19 cases jumped to 18,270 on Saturday as stadiums, shopping centres and other large venues were opened up as walk-in ‘grab a jab’ vaccination centres in a boost the number of people getting immunised.

It is the highest figure since 3 February, and a 20% rise on Friday’s total.

The steady rise in cases comes as experts warn the country is in the grip of a third wave of Covid-19 thanks to the highly-transmissable Delta variant.

Buses offering jabs will also operate in Dudley, Colchester, Ipswich and elsewhere, while community vaccinators will visit the housebound.

NHS England boss Sir Simon Stevens said the country was in a “race to the finish line” in its vaccine programme.

The government aims to have offered a first dose to all adults by 19 July — the date when the final stage of lockdown easing is now scheduled to go ahead, having been delayed from 21 June.

Vaccines Minister Nadhim Zahawi and London Mayor Sadiq Khan joined a London vaccine summit on Friday in a bid to boost jab uptake in the capital, which lags behind the rest of England.

Data shows that an estimated 83.1% of over-50s in London had received both doses of vaccine by June 20.

But all other regions across the country are above 90%, according to the figures published by NHS England.