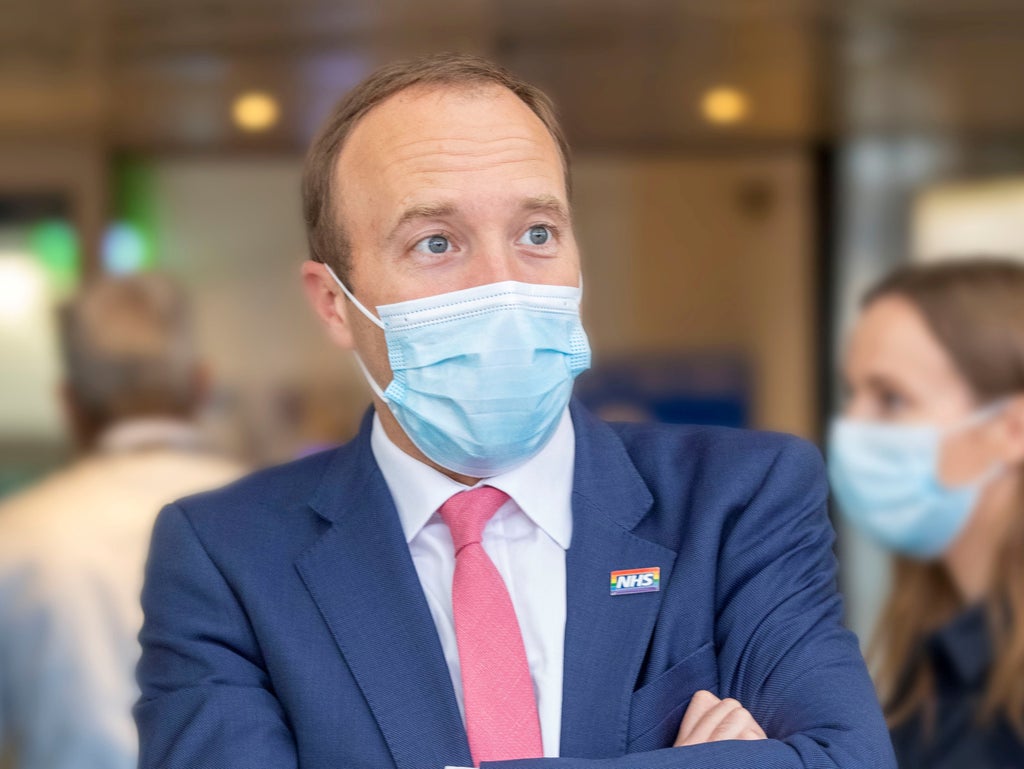 Bereaved relatives and social media users have shared their frustration at moments they missed out on due to Covid guidelines after Matt Hancock admitted breaching social-distancing rules during a clinch with a close adviser.

Users told of their experiences of being unable to spend time with loved ones and visit dying relatives while abiding by coronavirus guidelines, as they expressed anger over the health secretary’s actions.

And the Covid-19 Bereaved Families for Justice campaigning group has written to the prime minister, saying the health secretary has “treated bereaved families with contempt” and should be fired.

Mr Hancock has accepted he breached social distancing guidance after being pictured kissing a close aide who he appointed in his office at the Department for Health and Social Care (DHSC) and has apologised.

The photographs were apparently taken while social distancing remained in workplaces and two weeks before people were allowed to hug family and friends they do not live with.

One woman tweeted that she “didn’t see anyone as a single parent” between March and May, saying she “thought she was helping the country” and “Hancock was telling me to do this”.

She told The Independent she was “very cut off” as she lives along with her young son, with her partner and son’s father living somewhere else and only able to keep in contact through video calls.

“I started going to bed very early at night just to escape the misery and loneliness,” she adds.

Others shared stories on social media about being unable to attend funerals or see family members in their final moments.

One social media user said they could not travel abroad to visit their dying Nan after being told to “stay at home to protect lives and the NHS” by the health secretary, while another called on Mr Hancock to resign while saying she was unable to visit her father in hospital as he died.

In the letter to Mr Johnson, the Covid-19 Bereaved Families for Justice wrote that it was the first time they were calling for a minister to go: “It is worth noting that despite our long standing campaign and focus on an urgent statutory inquiry we have never called for a minister to resign or be dismissed.”

One woman shared a picture of her grandma in a care home behind a pane of glass, next to a picture of Mr Hancock in a clinch with his aide.

Callers also rang into LBC to share experiences of how Covid rules have affected them after Mr Hancock’s social-distancing breach came to light.

One man, called Ali, said he was “in rage” after Mr Hancock’s breach, as he reflected on his father’s brief burial earlier this year due to Covid regulations.

Another caller told the radio station: “Last year, Matt Hancock was telling people they can’t see their loved ones. I live in Swindon. By partner lives in Luton. We didn’t see each other for months.”

She added: “And then he is off, or they are off, doing whatever they want to do.”

In a statement, Mr Hancock – who is married with three children – said: “I accept that I breached the social distancing guidance in these circumstances. I have let people down and am very sorry.”

He added: “I remain focused on working to get the country out of this pandemic, and would be grateful for privacy for my family on this personal matter.”