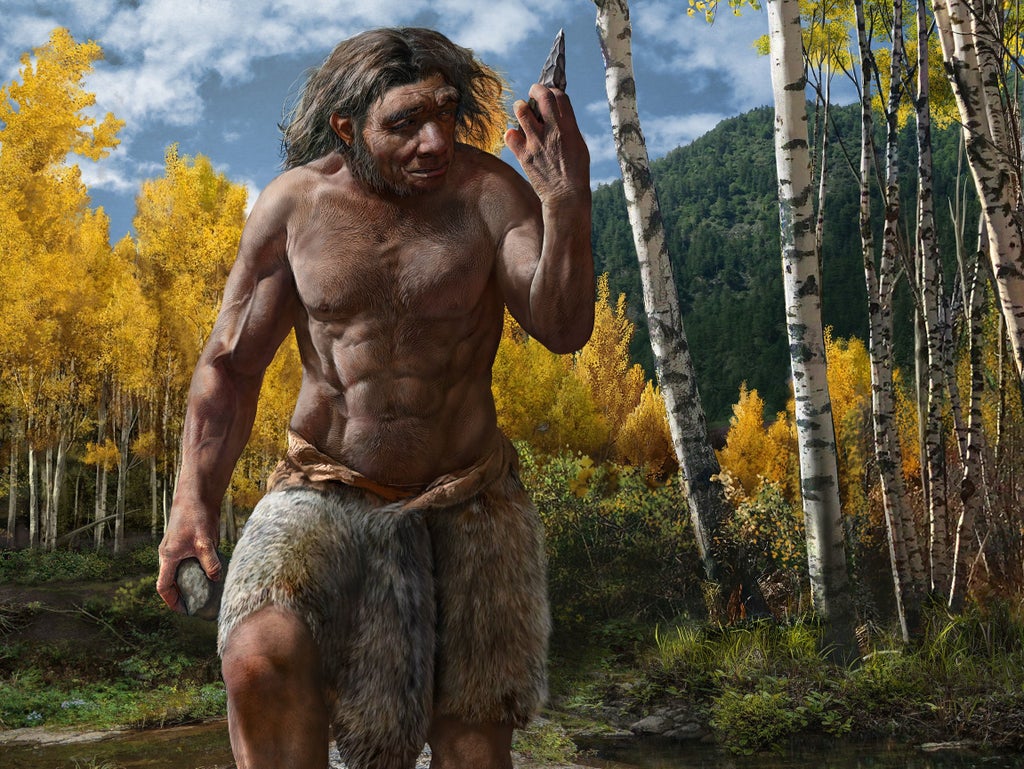 A new species of ancient human may replace Neanderthals as our closest relative and potentially rewrite major elements of human evolution, according to scientists.

Dubbed Homo longi or “Dragon Man”, the species was identified in China from a skull fossil, known as the Harbin cranium, reportedly found in Harbin, the capital city of Heilongjiang province, in 1933.

The Harbin cranium is thought to be more than 146,000 years old and came from a male individual, aged about 50.

Researchers say the skull is big enough to hold a brain similar in size to that of a modern human.

But the Dragon Man would have had comparatively larger eye sockets, thick brow ridges, a wide mouth, and oversized teeth.

In their findings, published as three separate papers in the journal The Innovation, the experts said the fossil suggests Homo longi was closer to modern humans (Homo sapiens) than the Neanderthals and points to a new sister lineage.

Xijun Ni, a professor of primatology and paleoanthropology at the Chinese Academy of Sciences and Hebei GEO University, and author on two of the papers, said: “It is widely believed that the Neanderthal belongs to an extinct lineage that is the closest relative of our own species.

“However, our discovery suggests that the new lineage we identified that includes Homo longi is the actual sister group of Homo sapiens.”

The researchers believe the Dragon Man lived in a forested, floodplain environment as part of a small community.

They said he, and the ancient Harbin people, would probably have been “very large in size” and capable of adapting to harsh environments.

Prof Ni said: “Like Homo sapiens, they hunted mammals and birds, and gathered fruits and vegetables, and perhaps even caught fish.”

They hypothesise that the Dragon Man’s community would have encountered modern humans during his time, which was “a dynamic era of human species migration”.

Professor Chris Stringer, research leader at the Natural History Museum in London, and an author on two of the papers, said: “We see multiple evolutionary lineages of Homo species and populations co-existing in Asia, Africa, and Europe during that time.

“So, if Homo sapiens indeed got to East Asia that early, they could have [had] a chance to interact with Homo longi, and, since we don’t know when the Harbin group disappeared, there could have been later encounters as well.”

Prof Stringer said that, apart from being huge, the Harbin cranium “also shows other features resembling our species”, including “flat and low cheekbones with a shallow canine fossa” and a face that looks “reduced and tucked under the braincase”.

The researchers said their findings had the potential to rewrite major elements of human evolution and push the common ancestor that modern humans share with Neanderthals even further back in time – roughly 400,000 years earlier than previously thought.

Prof Ni said: “The divergence time between Homo sapiens and the Neanderthals may be even deeper in evolutionary history than generally believed – over one million years.”

He added: “Altogether, the Harbin cranium provides more evidence for us to understand Homo diversity and evolutionary relationships among these diverse Homo species and populations.

“We found our long-lost sister lineage.”

But, although the Harbin cranium has been described by the team as a new species, Prof Stringer said he was in full agreement with his colleagues and thinks the skull bears resemblance to another fossil belonging to Homo daliensis – another type of ancient human.

He added: “But regardless of that, the morphology of the fossil is very informative about later human evolution.”

Prof Stringer said the Harbin cranium may even be a representative of the enigmatic Denisovans – an extinct subspecies of ancient humans – but added it was “something for the next stages of research”.